Next week is Living Wage week. The campaign started in 2001 and was much supported by both David Cameron and Boris Johnson in their respective electoral propaganda – even uniting them for once with the opposition.

It’s hardly surprising that the politicians are behind this campaign – after all, the more employers pay out, the less subsidies the government will have to pay and the more money it will save, not to mention the extra tax it could collect.

Given that the government already sets a minimum wage, I’m ignorantly unclear as to why it’s necessary to have a separate benchmark. Surely it would be more straight forward to simply campaign to heighten the minimum wage? The Living Wage, however is calculated by the Centre for Research in Social Policy with its special London equivalent being calculated by the Greater London authority. One thing we can be sure of is that a nice few jobs in the public sector are considerably above both benchmarks.

The Living Wage Foundation argues that setting the new figure is good for the individual, for businesses and for society. They believe that work quality improves within companies who have committed to the campaign and that employees will be more co-operative, less prone to absenteeism, and more likely to stay in the same employment, cutting recruitment and training costs.

The minimum wage is set at £6.19, whereas the Living Wage is £7.10 nationally and higher in London. The cost of living in London being higher is obvious, but the grand sweep of the Living Wage takes no other regional variations into account – and of course they are huge.

In East Anglia alone, we have the cheap housing area Norfolk with 25 per cent of its working population below the Living Wage, while expensively housed Cambridgeshire has only 14 per cent. This is probably even more extreme if you allow for the high number of students in Cambridge and the number who work as waiters and waitresses that make up 85 per cent of the workers earning below the Living Wage, or in retail that make up the largest numerical group.

Now, Boris and Labour in particular will be seen waiving banners next week. Dave has to be a little more careful, as this support just could be seen in contrast to his hugely vocal support of enterprise and business.

The minimum wage has risen twice as fast as inflation since its introduction over 10 years ago. Employment has grown in the last two years during the recession period, so there is little to argue that the minimum wage has stopped people employing, though I remember the fanfare of people shouting that it would do at the time.

We are not, however, in the same economic times as we were in 1999 when the national minimum came in. Huge numbers of British firms are struggling with profitability, struggling to even stay afloat. While increases of nearly £1.00 an hour might not sound much, rounded up with employers national insurance across the board for many a company, it could undoubtedly tip them into loss making situations – and loss making situations make for job losses.

Equally, we are living in an age where employers have to freeze wages year in, year out to combat the recession, and having one group at the bottom with enforced rises can also work against the very motivation the campaign is supposed to induce. By heightening some wages at the bottom, it does not preclude that wages across the board will be heightened, only that more people will be paid more similarly, giving less incentive to progress from the bottom rung. That in turn will do damage to companies who might otherwise yet ride out these grim times.

I do have staff at levels that fall between national minimum and living wage. Industrial shop floors are also part of the groups that make up that figure. Most of mine are trainees. If the Living Wage is introduced, there would be less of them.

Left to our own devices, we will continue to keep these people in employment. We will continue to produce competitively priced goods. We will continue to see the gradual re-growth of our sales that we are so proud of this year. As soon as we can create more vacancies, these trainees will be the first to be promoted and with that their salaries increased. I wholeheartedly look forward to that time. 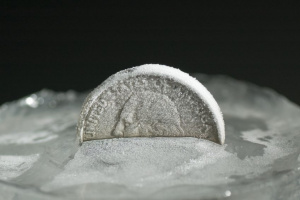 There’s still something rotten in the state of banking 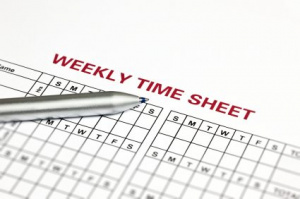