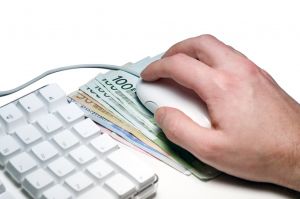 It is fair to say that asset finance has suffered from a chequered image in the past. This isn’t wholly deserved. Asset financing has been standard practice in certain sectors, such as transport and manufacturing, for a long time – with few complaints. But a minority of poor practices from specific providers in other sectors are liable to make some businesses pause for thought. More generally, the problem with asset financing is one of perception: the process is sometimes not understood as well as other financing options within the business community. It has also been accused of lacking transparency.

So, what is it? Asset financing covers a variety of lending and payments solutions commonly tied to physical assets, whether this be a fleet of trucks, plant machinery, or computer hardware. It can refer to hire purchase arrangements whereby payments are spread according to fixed or percentage-based instalments, but also operating leases and finance leases.  Operating leases guarantee the residual value of leased assets, reducing the cost of repayments compared with a traditional loan-based finance product and removing the risk of changes in the future value from the user. This brings important benefits of fixed, known costs which optimise cash flow and allow for easier budgeting. Asset financing can also be a convenient method of quickly raising cash via sale-and-lease-back arrangements. Statistics show that asset financing is on the increase as a means of investing. Data from the Finance and Leasing Association (FLA) indicates that whilst bank lending fell in the UK in 2012, asset finance grew by five per cent. What’s more, growth in newer, non-core areas such as IT has been particularly impressive, with IT equipment finance up 17 per cent to £1.4bn during the same period. This year, FLA figures revealed the strongest April performance for the market in five years, with a total of £1.84bn of assets being funded. On top of this, the Department for Business Innovation and Skills confirmed recently that it is growing businesses that are most likely to turn to asset financing, illustrating its potential to support the economic recovery.

Part of the answer is that business confidence is returning to both the UK and global economies, albeit in a stilted, cautious fashion. The Institute of Directors’ July members’ poll reveals that 62 per cent believe the outlook for the UK economy to be brighter than at any stage since 2008. Crucially, a majority also expect to invest more this year than last. But this is only a part of the picture. If it were simply a matter of rising demand for credit, we would expect to see a general increase in all forms of lending. But use of asset finance is rising faster than conventional lending. Bank lending to businesses, especially SMEs, remains subdued (and actually fell in 2012) with Lloyds, Barclays, and RBS all reducing the available credit pool as a result of increased capital requirements and a risk averse outlook. Government attempts to kick start the system such as the Funding for Lending Scheme have so far failed to make an impact. The relationship between the banking sector and SMEs is at an historical low. In many ways we are in an ‘economic sweet spot’ for asset financing. Economic conditions like these – a prolonged period of stagnation, risk-averse banking environment, rising confidence and tepid recovery – make asset financing an attractive alternative. We are also reaching a point where businesses are simply being forced to invest. Many firms will have postponed upgrades and replacements for hardware and machinery in the wake of the downturn, yet this can only be cost-effective for so long. Eventually, rising maintenance and repair costs, obsolescence, and other factors start to outweigh the savings. This ties in with the other big driver behind the return of asset financing: the communications revolution. ICT is becoming increasingly ubiquitous in sectors that have traditionally been relatively low-tech, with schools being a good example. The same is true in almost any sector. As such, asset costs have spiralled (touch whiteboards cost considerably more to buy and run than chalk blackboards) and the rapid march of technology means that these assets have to be replaced on a regular basis if a business is to maintain its competitive edge. Again, asset financing – with its spreading of cost, controlled cash flow, and flexibility – is ideally suited to this scenario. But isn’t asset financing riddled with its own risks? No! Image source