However, it’s suggested that “their ‘errors’ can go far beyond an occasional armpit sniff from Joachim Low. And we’ve seen Pep Guardiola receive no repercussions for flirting with rules by brandishing a political symbol on the touchline.”

Going against the grain, no matter how high the performance of a manager, should at least mean they get a talking to. Especially when they know they’re breaking the rules.

So, alongside Karen Falconer, HR knowledge manager at HR Solutions, Viking rounded up examples of the punishment real-life football managers should have received were they off the pitch and in the office.

It was suggested that during his time as manager of Real Madrid, Mourinho poked Barcelona coach Tito Vilanova in the eye. He was given a two-match touchline ban, but the ruling was quickly overturned. The matter would have played out differently in the workplace.

“There would need to be an immediate launch of a full investigation,” Falconer said. “As soon as statements corroborate that the manager was the aggressor, the manager should be suspended immediately on full pay.

“Employers should have a zero-tolerance policy on physical violence. There may need to be further investigation and an invite to a disciplinary. A likely outcome would be dismissal without notice.”

Van Gaal was known for fining his team. Those late for lunch or players that committed fouls during a game, felt the consequences. This would have hopefully left him in court were he placed in an office scenario.

“Lateness should normally be managed as a conduct issue, and even then, every instance of lateness should be explored first in case there is a legitimate reason for it,” Falconer said. “If fines are being taken directly from pay, and there is no pre-agreement to this, then the fine would be an unlawful deduction from wages.

“If it happened regularly, it may even be argued that the fines represent a detrimental change to the terms of the job. Without an agreement, it may give grounds for the employee to resign and make a constructive dismissal claim.”

A female referee felt the wrath of David Le Frapper in 2015. In a post-match press conference, he exclaimed: “There was a penalty but she didn’t see it or she was too far away. She was doing ice-skating before. She blew for things that didn’t exist. But what do you want me to say? A woman coming to referee a man’s sport – it’s complicated.”

According to Falconer, once an employer has alleged misconduct brought to their attention, they have a responsibility to address it. She added: “On the surface, it appears that in the course of their duties, the manager has made unlawful discriminatory remarks on the grounds of gender and, in doing so, has contravened the Equality Act 2010. Secondly, they have also demonstrated a serious lack of respect for the standards of their own profession.

Hiddink was  allegedly guilty of evading £940,000 in taxes back in 2007. Even after a six-month suspended sentence, it was back to business as usual.

“It would be a very different matter if the crime was significantly related to the employee’s duties, or if the ramifications of the conviction caused significant material damage to the employer,” Falconer said. “For example, if part of the manager’s job role included responsibility for finances, or there were serious opportunities to commit fraud, then the employer could begin a formal process.

“Alternatively, if the case was high-profile and there was likely to be far-reaching reputational damage caused to the employer by the continued association and employment of the manager then these may be grounds to begin a process as above.” 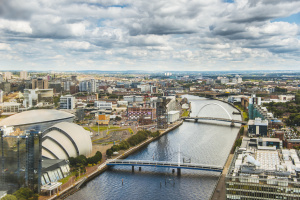