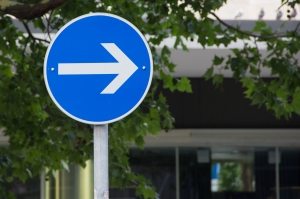 Share via
This is the thread that eventually leads to shareholder value and EBITDA statements, because if people value what you provide you will make a profit. This drives innovation. But what else, then, does society want from companies? Society as a whole is a non-entity, but there are people we put in charge who represent society ? politicians ? who are a personification of social demands.?Politicians need to ensure that business owners don?t just innovate and search for the greatest return, otherwise we would all be bankers who make a ridiculous amount of money for the value they add, and the world would implode. No, we need to have all activities in society represented in organisations that allow specialisation.? This leads to subsidies. Society also needs to provide for those who cannot provide for themselves. For these two reasons society needs companies and individuals within them who are well paid so they make enough money to pay into a social fund for those who cannot look after themselves ? otherwise known as tax. We are also left with the fact that companies are a critical component of society that we have to encourage, and that companies need to innovate to develop society further. If the return from companies, to those brave or foolhardy enough to form them or run them, is no better than not doing it, then no one in their right mind would do it. Thousands of companies go bankrupt every year to fuel the innovation that society demands. This is because to innovate, you need to fail before you catch the wave, which in turn allows you to succeed. You have to try out a lot of ideas to find the ones that work and stick. So, why do they keep trying? Because companies are a vehicle to provide forms of specialisation in society that generate positive value to drive social improvements in quality of life. Whilst doing this, they also provide a significant return to their creators – in terms of money, protection from the vagaries of the economy and self determination, and keep their staff fulfilled with they are doing and getting paid for it.? Which is why I find myself in violent agreement with our new Archbishop Welby, who is launching a publicity campaign to promote his position of banking reform as he is on the banking commission for the government. Banks have the same responsibilities as the MRN, which means fulfilling their social role. Here I find some further complexities, because the social role of a bank includes supporting other companies. Small companies in the UK provide around 45 per cent of GDP and employ around 16 per cent of the working population and require capitalisation. Banks and the government, VCs or Angels are the major sources of this money. Without this capital, our economies will crash. Is it fair to ask banks to fulfil this extra social role? They also have to meet other elements of the purpose of a company which drives them to maximise profit. Perhaps this is incompatible with the role of funding small businesses, especially when you consider that companies that need support have to cover all functions in society, many of which will not return at the highest level. If we want people to take social responsibilities, we need to know what they are and educate people in them. It is clear from the multitude of corporate visions that do not recognise the purpose of companies as I have defined here, that this is not common knowledge and that the the message needs to be spread. Dr Graham Wylie is the CEO of The Medical Research Network