Whether Britain should stay in the European Union was a widely discussed topic ahead of the 7 May general election, with business leaders and politicians divided.

Back in January 2013, prime minister David Cameron promised the British public would be granted their say in the matter of the UK remaining in the EU or not, if his party were to be reelected.

Following the majority vote during the 2015 election, Cameron and his Conservative team have already begun work on the referendum.

And during the Queen’s state opening speech on 27 May, she said: “My government will renegotiate the United Kingdom’s relationship with the European Union and pursue reform of the European Union for the benefit of all member states.

“Alongside this, early legislation will be introduced to provide for an in-out referendum on membership of the European Union before the end of 2017.”

However, former chief secretary to the treasury Danny Alexander had previously cautioned that millions of jobs hang in the balance if the UK is to leave the EU, with 3.3m British posts linked to exports to other EU countries.

Meanwhile, former prime minister Tony Blair claimed Britain quitting Europe would spark chaos and see the country appear as “a nation which has built its history on confidence towards others define itself by resentment to others.”

Offering his thoughts to Real Business after the Queen discussed the EU, Alistair Cox, CEO of recruitment group Hays, said: “This is an important issue but it must not obscure other points which can also have lasting consequences for our country’s future prospects.

“Some of the rhetoric around the new Immigration Bill in particular is worrying for the UK’s skills base. The government must start drawing a clearer distinction between skilled migration and immigration more generally as the two have very different consequences.”

Indeed, Real Business observed the skills gap in March and found that the UK has many obstacles to overcome. Hassle.com co-founder Jules Coleman implored entrepreneurs to change their mindsets when it comes to building skills – something she did when teaching herself to code.

Additionally, Richard Branson said businesses will fall behind if students aren’t given a digital education, while it was revealed science is being “squeezed out” of primary schools. Seemingly, leaving the EU could result in Britain struggling further with skills development.

“World class economies are based on world class talent. If Britain is to compete successfully on a global scale, British business must have unfettered access to that talent, wherever it resides,” continued Cox. “Given the UK’s skills gap, skilled migration is, quite simply, the only way for businesses to support immediate growth plans and fill roles that would otherwise remain vacant.

“Moreover, restricting businesses’ access to top talent will do nothing to help us address the pressing issue of productivity. As an economy the UK should focus on training and attracting the best talent in the world and allow it to succeed by investing to build world-class training, education, technology and infrastructure. That investment is vital if we are to close the productivity gap.”

Elsewhere, ICAEW chief executive Michael Izza said he was disappointed that the referendum wasn’t being fast-tracked. “The prime minister should agree a package of reforms without delay and put that forward as soon as is practically possible, to avoid closing the UK off from inward investment for the next two years,” he told Real Business.

Echoing Izza’s thoughts, EEF CEO Terry Scuoler agreed the referendum must be accelerated to avoid becoming a “drag on on industry”.

He added: “The voice of manufacturing is clear – 85 per cent of manufacturers want Britain to remain in the EU. The key thing now is to get on with the referendum as soon as feasibly possible, and certainly before the end of 2016, so that we can limit the potential fallout for business and investment certainty.” 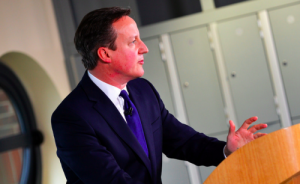 The Queen’s speech: Tax break for low earners and the five-year “tax lock”