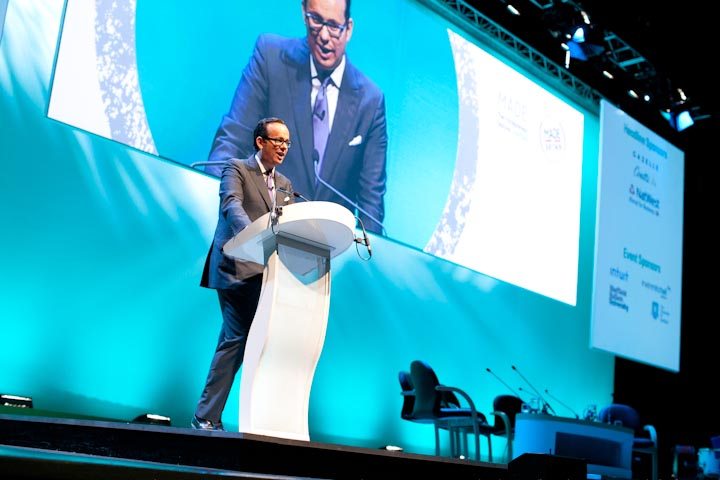 When others say “no”, true champions say “yes”.

That?s what I think about my team after having returned from the most special working week of my life, at MADE: The Entrepreneur Festival. This was a week with more than 3,000 entrepreneurs, Dragons, Apprentices, royalty, brilliant businesses and unbelievable people. As Charles Morgan of Morgan Motors tweeted: ?Made Festival was just brilliant, atmosphere similar to 2012 Olympics.? Priya Lakhani of Masala, Masala wrote: ?@MADEfestival had such a huge impact on me. Like the end of the #olympics.? One budding entrepreneur, Charlotte Hogg, wrote: ?Today I feel there is every chance @la11sarah and I could change the world. Just one footstep at a time. Must be the #madefestival effect!? In short, for all those who attended it, something special happened. If you want to get a sense of what that is then check out the MADE twitter feed. It reached 1.9m people and I can?t find a single negative point. That?s how it feels today, Sunday, as I’m writing this. Now, I want to go back exactly a week as the advance team of organisers from Seven Hills arrived in Sheffield. Loads of work under our belt, but everyone aware that what really mattered was the next 100 hours or so. Deploy, take shape, take control. Push on, push hard, make it happen. When you?re knackered, dig deep and then dig deeper again, find what you?ve got inside. As I said in a speech on Thursday night: ?This week my team learned that there were two four o’ clocks in a day.? Every hour counted, they used every second. A team of 20 was to make a three-day event work for an audience of well over 3,000 -and it wasn?t just about making it happen, we wanted to create the Olympics for business. With this sort of pressure comes enormous stress. To do it, you have to turn your worst moments into your best moments. You have to manage yourself, confront doubt, deliver a personal best in everything that you do. While a lot of it is about finding the hidden reserves in yourself, it’s also about knowing that you have the people to watch your back. For me, that?s my business partner Nick Giles and the people I work with. That?s the power of the team. If I ever bought into the idea of the shining white knight, a heroic but solitary achiever, I don?t now that I have returned from MADE. His royal highness, the Duke of York put it like this in his speech: ?There?s another aspect to leadership and entrepreneurship that is equally important, and that is teamwork.? He made the point that MADE had been delivered by a superb team and that,
?The same thing is true of what we do in the royal family. We couldn?t do what we do for the United Kingdom without the team that we have. Equally, you can?t do what you do in your businesses without the team of people who are around you.? The thing about MADE is that, although I thought we were working with a team of 20, in the end it turned out to be a team of over 3,000. Everyone who attended, from speakers to tweeter, was on board, helping to make MADE inspire and exhilarate. I walked out onto stage to open the festival, and I have never felt such an overwhelming sense of positive energy and palpable hope. It made me think that entrepreneurs are a tribe. It?s about mindset, which means it’s not just reserved for those who own businesses. You can be a student, a teacher, an employee, whatever. You just need to have an outlook that has positivity and can-do at its core. That?s why when we meet, we get each other, why we triumph over adversity, why we don?t accept “no” for an answer. That was the point that Cobra beer founder, Lord Bilimoria made in the closing session last friday: for the entrepreneur, the greatest enemy is “no”. Other emotions prevailed at MADE that we can all too often overlook in business: the joy of happiness, the power of hope. MADE created a wave of idealism, and on its crest sat the beaming and radiant power of one small word: yes. Michael Hayman is Chairman of MADE: The Entrepreneur Festival. He is co-founder of the the public relations firm Seven Hills, a co-founder of the national campaign for entrepreneurs StartUp Britain and Chairman of Entrepreneurs at Coutts.