In this two-part exploration of the reality of Brexit, we explore the potential disadvantages and opportunities afforded to small businesses in the UK post-EU. In order to ensure we end things on a high, let’s kick things off with the disadvantages.

Nobody knows what the true reality of Brexit will be, and the uncertainty surrounding the UK’s deal with the EU has been the cause of much volatility.

After the vote last June, the pound dropped. This was a disaster for some and a blessing for others – if the pound is worth less, it makes it cheaper for other countries to buy UK products, which could be a boon for exporters. Importers, on the other hand, faced increased costs.

Many business supply chains were affected by price fluctuations one way or the other, and 30 per cent of businesses have admitted currency volatility impacted investment decisions in Q4, according to the World First Global Trade Barometer.

In Q4 the number of businesses protected by pre-Brexit FX hedges dropped by 23 per cent, which means a significant portion of small businesses are left vulnerable to the weak pound. This has led to 38 per cent of companies feeling a negative impact from exchange rate movements in Q4, compared to just 28 per cent in Q3.

The reality of Brexit means these figures are likely to become more troubling in months to come as pre-referendum hedges continue to expire. Around 45 per cent of small business owners claim they are worried about volatility, compared to just 38 per cent in Q3.

As more and more businesses are left exposed, consumer inflation is rising at rates not seen in over two years, and people may reduce their spending as a result.

“My business relies on a stong(er) pound in order to import my products for the UK market. The referendum and a potential Brexit process for two to three years could simply destroy my business and my livelihood,” she said.

Barrett is right to be cautious, and in fact Vegas Mattresses has already seen some of the negative side effects of Brexit:

“Our very first payment for import to our manufacturer was due shortly after the vote. We are a start-up business, within its first two years of trading. The direct result was that a payment of £15,000 for goods turned into a payment of £22,000 for exactly the same goods. These are £7,000 which were designated to pay for a part time administrator in 2017. The position had to be cut as a result.”

To add another reality of Brexit into the mix, many industries could be facing new tariffs in the not-so-distant future. In some cases, these could affect trade significantly.

Prime minister Theresa May has said that no deal is better than a bad deal for the UK, and the country may be left to fall back on World Trade Organisation (WTO) rules.

Although tariffs are paid by importers, some UK industries may find a need to take on some of the new added costs in order to remain competitive in European markets, which could lead to squeezed margins.

According to The Guardian, some sectors such as agriculture and car manufacturing can expect to be hit particularly hard. While these sectors currently have tariff-free trade with the EU, each could soon face tariffs of ten per cent for cars, 16 for lorries and 109 per cent on sugar beet.

Barrett is also anticipating that importing goods through Europe will become more challenging due to additional border and paperwork delays.

“Additional transit duties are also expected to impact the RRP of our products within the UK, thus again, resulting in negative effects on our sales projections,” she said.

“On a positive note, we expect that these additional difficulties for import will result in lower competition in this area with a potentially positive impact in the longer term.  Overall, I expect the UK consumer to carry the financial burden of increased product prices thus reducing the benefits intended by the introduction of the minimum wage increases over the coming years.”

In the face of all of this chaos, Judith Hackitt, chair of EEF, the manufacturer’s organisation, has urged the government to call for an orderly transition period of at least five years to allow businesses to adapt as the economy shifts.

Ultimately, it is the confusion that creates the biggest hurdles for small businesses. It makes it that much harder to plan, and currently it is difficult for small exporters and importers to know what their businesses will look like even a year from now.

All that remains for business owners to do now is proceed with caution, wait to hear more, and weather the storm.

It’s not all doom and gloom. Have a look at part two to explore the reality of Brexit in a positive light. 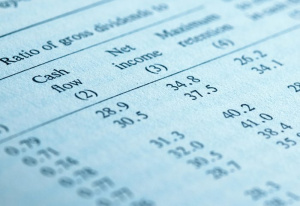