If you’re at all interested in the potential of implementing a social network inside your company, the chances are that during 2012 you read several articles describing the many ways in which social business applications can make your employees happier, better connected and more productive.

It’s very likely that at least one of these articles referenced the extensive report McKinsey Global Institute published in July 2012 that claims social technologies inside the enterprise have double the potential value of external-facing social media activities, and can improve knowledge worker productivity by 20-25 per cent.

Yet in the first half of 2013, there have been a number of articles published asking if social business is “dead”, or at least “failing to live up to its promise”. Any social business advocate of a nervous disposition might be inclined to be a little concerned by this. Don’t be. This is a natural part of the lifecycle of new technologies.

Gartner encapsulates this eloquently in their “hype cycle” model. They show emerging technologies moving from a “technology trigger” up to a “peak of inflated expectations”, followed by dropping into the “trough of disillusionment” when it turns out the benefits were exaggerated, or not as easy to achieve.

This is precisely what is happening with social business at the moment. Going through “the trough” is rite of passage for new technologies. The hype cycle follows the trough with the “slope of enlightenment” and the “plateau of productivity” where the technology starts to deliver real business value. To reach this promised land of productivity, we need to get past both the initial over-hyping, and the inevitable backlash that this causes.

The best way to reach the “slope of enlightenment” quickly is to dispel both the hype and disillusionment. So here are four social business myths, and the corresponding reality.

Hype: Every company will benefit from enterprise social networking

Reality: Your mileage will vary.

Employee social networks tend to be most successful in knowledge-centric companies with a geographically-distributed workforce who are striving for greater openness and transparency in the way they work. It is certainly possible to reap the benefits of social networking in companies that only have one or two of these three characteristics, but it is harder. If the entire workforce is based in the same office, they are far more likely to talk to each other than interact online. And while a company doesn’t need to have an open and transparent working culture already in place in order to succeed, if their goal is to keep more secrets and reduce information flows, they will almost certainly fail.

Reality: Partially true, but maybe not in the way you expect.

Too many social business advocates, email is “the great evil that must be destroyed”, so it is not unusual for doubters to point out the irony that most social networks generate a large number of email notifications. But this is missing the point. The aim is to move large group discussions (for which email is very poorly-suited) and anything that forms part of the company’s collective knowledge out of individuals’ inboxes and into social networks where they are more accessible to the rest of the organisation. Email then becomes more of a notification mechanism, and less of a knowledge repository – the actual number of emails sent or received isn’t particularly relevant.

Reality: No it’s not, and nor should it be.

The “Facebook for business” label was both lazy and dangerous. It immediately conjures up images of sharing amusing cat photos and witty slogans with co-workers – enough to put any senior manager off the concept of social in the workplace. The nature of interactions on Facebook and Twitter is fundamentally more ephemeral and disposable than an interaction between employees. If you miss that latest cat photo or motivational banner graphic on Facebook, you’ll probably survive; if you miss an important instruction from your manager about a deadline, you might not. So the entire way in which relationships are architected between members of an enterprise social network, and the way content is discovered needs to be very different.

Reality: Maybe, but not for long

A few years ago, many social business advocates suggested that your employees would adopt social business tools virally – a small group would start, and this would expand to a much wider network membership who would magically become more productive. It is true that there are some success stories from this model, but they are few and far between. Most networks that start from this “bottom-up” model tend to fizzle out after the initial excitement wears off, or descend into being “Facebook for business”. It is unusual for such initiatives to deliver the promised productivity benefits for “real work”; to achieve this, it is far better to start with a clear management-approved strategy for applying social technology to business objectives.

Richard Hughes is the Director of Social Strategy at BroadVision. 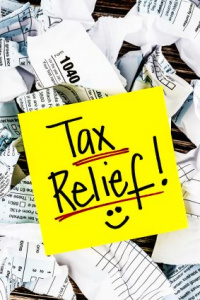 Do you qualify for disincorporation relief? 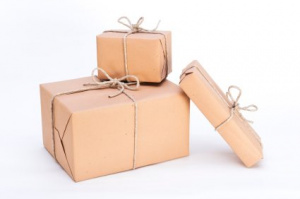 The secret sauce of online success is ecommerce packaging