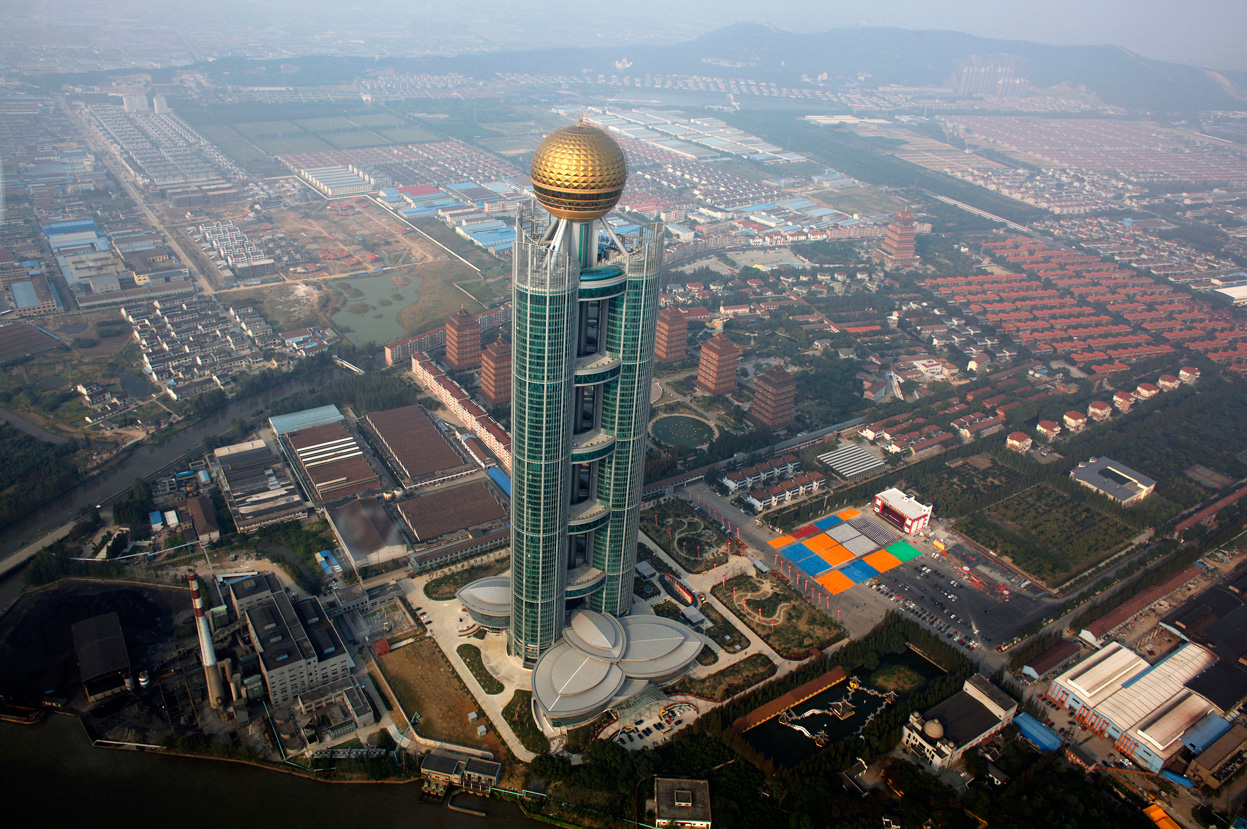 I’m blogging about my experiences in China for Real Business ? catch up on my journey so far.  The richest village in China has just built a 328 metre skyscraper, with five-star hotel. Huaxi, in Jiangsu province, attracts 2,000 tourists a day, to see for themselves the village which is now a ?5bn turnover conglomerate.  Founded in 1961 with 667 residents, it opened a secret screw-manufacturing factory in 1969, during the Cultural Revolution. In March 1992, at 3am the day after Deng Xiaoping told China that “getting rich is glorious”, the villagers met and agreed to invest their savings in metals, which rapidly increased in value.  Each of the 2,000 original families in Huaxi now reputedly has at least one house, a car, more than ?0.5m in the bank and enjoys free healthcare and education. The village business is still diversifying with an airline, shipping company ? and the hotel!