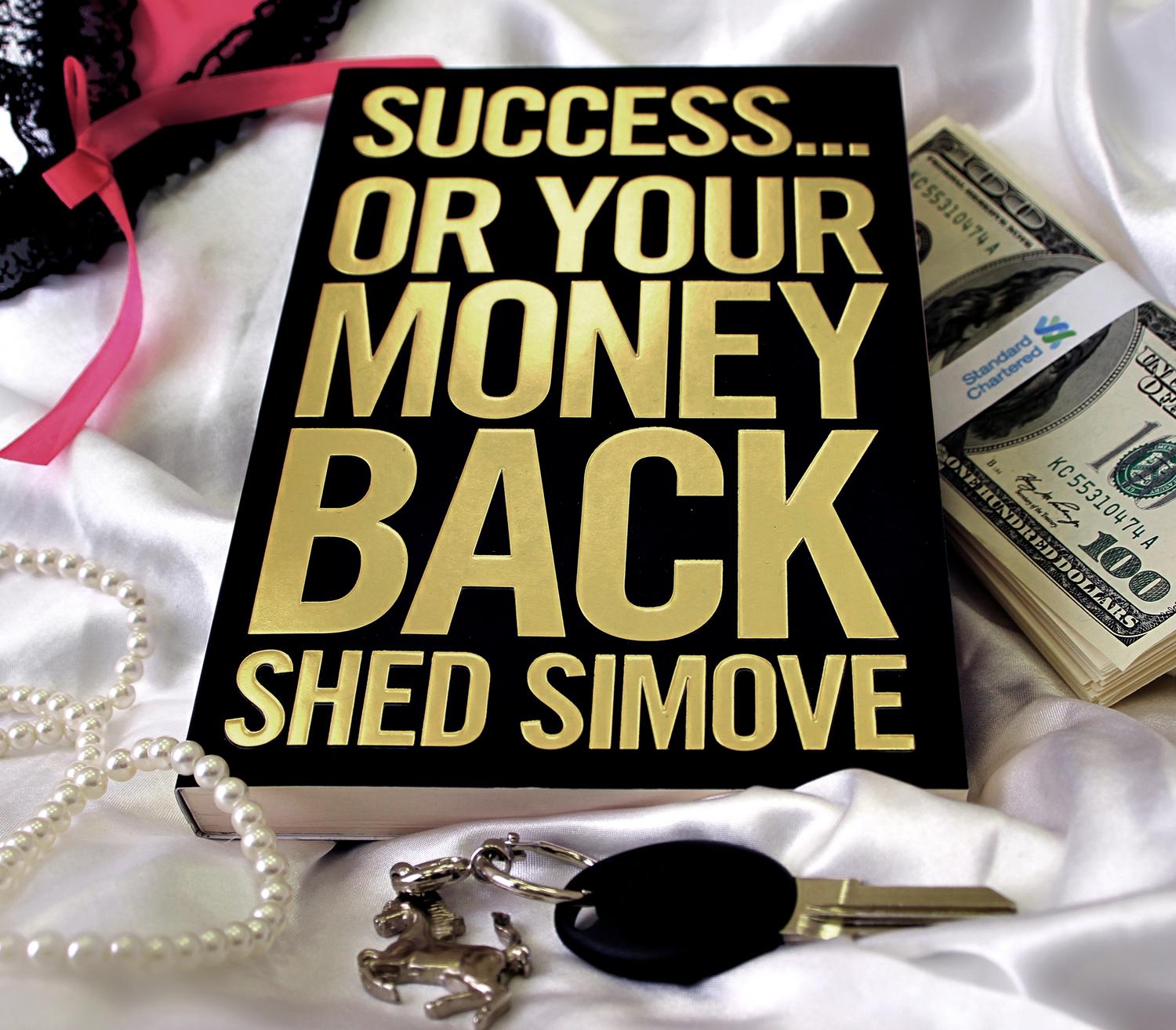 In the olden days when I was a kid, (back in the ‘black and white era’), a picture was worth a thousand words. These days, because of the fabulous internet, we all know that a picture can be worth way, way more – and that, instead of ‘words’, a carefully planned image can now turn into ‘clicks’ capable of transforming a brand and shifting tons of whatever you’re selling.

In fact, on the web, the right picture can often be worth a thousand clicks, and sometimes millions. Recently, I’ve noticed a boom in design-led websites that only showcase very well-photographed and carefully composed images. These sites, like The Fancy, Fab and NotCot have evolved a collective style, and only businesses who create images fitting this strict visual ethos get their wares displayed. The chosen ones often see a huge spike in sales. For the launch of my soon-to-be-published book, ‘Success Or Your Money Back’, I wanted to create an image that might be deemed suitable by these sites – and also one that might capture the viewer’s attention and imagination. After much deliberation about what type of montage could neatly convey ‘success’, I went down an incredibly vulgar route, surrounding my book with the clichéd trappings of success – many of which I actually think are way less important than more soulful gains. But it’s quite tough to represent ‘fulfillment’, ‘adventure’ or ‘freedom’ simply by using objects. The result of my deeply shallow vision is above (click on the image to see it in full), and below are the secrets behind each item appearing in the image.

Because I’m not currently a pimp, drug dealer or mafioso (never say never, though – my mother can still dream), I don’t have bundles of dollar bills around the house, so I purchased some replica dollars on eBay from a buyer in South Korea. To my surprise, the fake notes arrived, but when they did, it was starkly obvious that the quality, colour and size were all wrong. I decided that I’d have to ‘keep it real’ and buy some genuine currency. I didn’t, however, have the budget to purchase thousands of dollars. After calling the banks in my local area and being told they didn’t have any hundred dollar bills, I found a ‘bureau de change’ a few miles away and bought one, perfectly pristine hundred dollar bill for the princely sum of 66 pounds and 56 pence. Back home, I created dozens of yellow and green swatches on my computer, in an attempt to print out paper that matched the colour of the banknote, so I could create the rest of the cash ‘bundle’. In the end, none of the colours matched well enough, so I frantically searched my home for pre-existing stacks of appropriately coloured paper. I discovered that the pages from my last book, ‘What every man thinks about apart from sex’ (totally blank inside), were amazingly similar in colour to the hundred dollar bill. So, I chopped a book up to size and created a large, realistic wad of cash that any bank robber would be proud of. Cost: £4.93 + £66.56 = £71.49