From Asos to Zoopla, every successful and ambitious startup eventually reaches a point where growth becomes a challenge to manage. With the UK scene relatively localised, the next step is international.

But how do you scout new markets without domestic performance stagnating? And once you have earmarked new markets, who provides the capital needed to ensure continued progress? This is a common situation, but one which catches out many.

The first challenge is to figure out in what direction you will grow. Sustained growth is achieved by not only having a key, but picking the right door to go through. Some startups look to make the most of the burgeoning market in the Far East, but are faced with difficult cultural and linguistic differences, as well by intense competition from Beijing or Tokyo. When margins are tight, a single error of judgment can be fatal.

Others decide to follow the yellow brick road to California’s Silicon Valley. You only need to look at a startup such as Citymapper to see the effect a move to the West Coast can have: founded in London, the transport app headed to San Francisco to fuel further growth, and by this year was announced by Apple as a key software feature in the iWatch.

This story doesn’t speak of the challenges that Silicon Valley poses. Even startups equipped with staff with solid contact books and track records can come unstuck in a new environment. Boots on the ground are an imperative, and while the short-term expense may seem unappealing – even hazardous – the longer-term bonus of integration within an already international community cannot be understated.

In short, any international introduction requires a flexible attitude. Efficiency is key in balancing the books, but professional counsel is just as important in making sure that the correct doors are opened.

Once a startup has established an international presence and a business plan is streamlined, it can start to prise open the wallets of institutional finance. Tellingly, Citymapper initially headed to California for predominantly financial reasons, conscious of the difficulties of sourcing long-term backing in London. They were eventually bankrolled to the tune of $10m (around £6.5m) by British venture capital firm Balderton Capital – but this is an exceptional example.

Financing in London is another clear stumbling block for an ambitious startup. Crowdfunding is a promising method of kicking off a business, yet there remains a black hole of capital for smaller businesses. While tech-focused venture capital has expanded greatly in the last few years, there is still a serious lack of liquidity in the market. Likewise, British firms are more risk averse and remain reluctant to provide long-term finance to startups.

Investment needs to come from somewhere, and once again the United States is the primary target. Silicon Valley is the cradle of venture capital, and its firms are by their very nature more open to risk and more willing to look at the long-term benefits of startups.

But when asking a Silicon Valley venture investor to look beyond its fertile local market, the UK tech startup needs to make an effort to meet at least half-way. Amongst other things, this means ensuring that the investment vehicle has “clean lines”; a clear and simple corporate structure, manageable debt relationships, clearly defined IP vesting in an unambiguous ownership and licensing structure.

Once again, this is not something that can be achieved independently. Any startup needs a thorough base of contacts and independent verification to make that leap towards sustained funding. But once that gap has been filled, the sky is the limit.

The expansion process for any company is an exciting, but nerve-wracking, time. The most important factor is clear direction and efficiency of execution and it is important not to go it alone.

Chris Coulter is a partner at the London office of Morrison & Foerster. 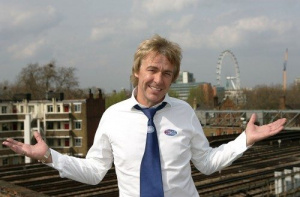 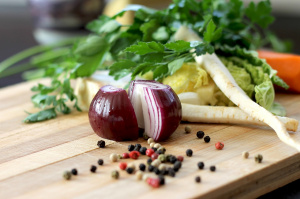 UK retail health struggles due to the food sector