As Sir Walter Scott wrote in 1808, “Oh what a tangled web we weave, when first we practice to deceive”.

This tangle, and many more, get larger by the day as the politicians take the citizens’ money and (having first kept their cut of course) recycle it to their current favourites and interest groups, entirely ignoring the true donors.

It gets worse – a lot worse – because all taxes untangle the division of labour, which means far more Do-It-Yourself (DIY) and all the inefficiencies that entails. Take, for example, two grown-ups finding themselves living in their own separate houses next door to each other. They discover that whilst one of them is a great cook but a pretty useless gardener, the other is the opposite – a super gardener, but an awful cook. It doesn’t take a rocket scientist to see that both would be far better off concentrating on his or her personal speciality and (in effect) swapping the proceeds.

Again in effect, such a couple could push this to the limit by actually living together if they wished. But look out; Conservative Exchequer Secretary David Gauke, who ordered the GAAR Report in 2011, is on the warpath. He “clarified” that tradesmen should not be paid cash by the recipients of services received because “the government loses about £2bn each year to the black economy as tradesmen fail to pay VAT or Income Tax by not declaring payments and keeping then “off the books”.

The payment of additional taxes encourages inefficient DIY instead of expert specialists, the effect of which removes large chunks of the deep and sophisticated division of labour which features all modern economies, making the loss of efficiency far greater than the “loss” of a paltry £2bn.

How much output is lost by weakening the division of labour via taxes? This is broadly proportionate to the overall tax take. A total tax-take of 50 per cent of output, as in the UK, knocks out all divisions of labour which don’t carry a minimum of an extra 100 per cent of productivity compared to DIY. I estimate that the effects of an increase over the years of overall taxes from 30 per cent to 50 per cent have meant a loss of one-sixth of the nation’s output.

This is unsustainable in a free society. The only way forward to escape such a fate is to make a rapid about-turn and get back to a maximum tax-take of 30 per cent of output (preferably less), backed up by an irremovable clause in a new constitution. In the meantime, the big beasts such as the NHS, State Education, and the Welfare State should all be re-privatised forthwith. I hope to cover these issues in another article soon. 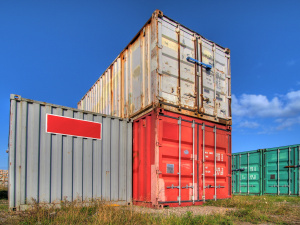 UK struggling to compete in race for exports