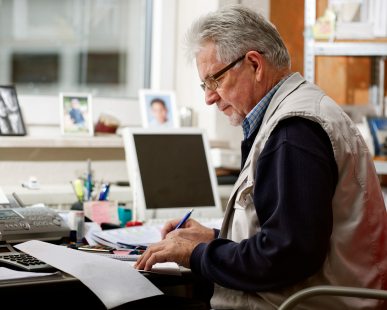 The value of older workers debate is doing the rounds again following a study by PwC. The older the worker, the more comfortable and therefore less productive in the job he/she is, the survey suggested. That in itself is a cost to businesses paying out wages for less return than they would receive from (supposedly) more motivated junior employees.

It?s easy to generalise, but I have to point out that in my experience I have come across very few 55+ workers who have ever given less than 100 per cent to their jobs.  At the same time, the number of ?keen-as-mustard? new, younger employees I have come across doesn?t dramatically out-weigh the ones who need the proverbial kick up the backside. I do agree, however, that being senior shouldn’t automatically entail a rise, be that in pay or in rank. Being older doesn?t always mean being better at your job. Age should never, ever, be a yardstick for remuneration. As the saying goes, there?s no substitute for experience, but it doesn?t give an automatic right to seniority. That has to be earned just like everything else. However, senior workers are invaluable to a business and if someone is good, or – as I can proudly say about some of my guys – exceptional at their job, then they rightly deserve the reward for what their skills and experiences bring to the business. No one – except for our red brace-wearing friends in the City of London – can edge towards retirement by doing the bare minimum until they day they can pick up their secateurs and wile away the days tending to their roses. Those days are gone. We all have to work harder and for longer and the majority of the working population have to give it their all ? whether it?s by doing more hours or even more than one job, just to keep the wolf from the door. In this sense, I don?t accept that older workers are less productive.  In fact, they should be celebrated.  The challenge is to ensure that, as firms create new jobs (and the recent drop in the unemployment figures proves that?s happening), the attributes of older workers are passed on to new employees. This could be through structured mentoring or simple, informal working relationships. Businesses will not only benefit from the skills and experience of older workers in their team, but also ensure that younger employees can be sculpted to become part of an effective, committed workforce. Charlie Mullins is the CEO and founder of Pimlico Plumbers.