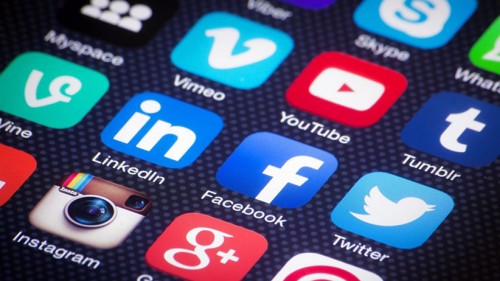 In 2015 Retortal did some research into SME bosses and their social media routines ? we found 61 per cent of SMEs to be actively marketing through social media, and furthermore social to be the frontrunner in how SMEs were now choosing to be promoted. Only 50 per cent of SMEs still use traditional ads and 41 per cent rely on SEO. An additional 75 per cent told us they predicted social media would become increasingly pivotal to the way they run their businesses over the next three years.

It?s therefore imperative your SME?s social marketing is getting its due TLC in 2016, so muster the motivation, get re-resolved and grip on tight to those good intentions ? here are our top three SME social media resolutions to keep on keeping this January!

Data, specifically the Big kind, was the buzzword that dominated 2015 and it doesn?t look like it?s going anywhere for 2016. Though we don?t all have megabuck marketing departments with Pentagon-style monitoring operations, utilising social data doesn?t have to be an intimidating venture and it?s our resolution for you to conquer those metrics and start turning them into actionable insights. Naturalise analytics into your daily social media routine ? in fact, make it the very first thing you do. Review how your social content performed the day previously: did it gain impressions? Did those impressions translate into clicks? Did those clicks convert into shares? Did content perform better on one channel over another? If you?re using social media management software, here?s where to make full use of the analytic tools they come loaded with ? get as specific as the locations of your traffic, what times of day traffic spiked and which hashtags performed best. Make this the first ten minutes of your marketing routine, keep notes of what performed well and why and start to pick out patterns (or “data narratives”, it?s the next big buzzword we swear.) These insights are where to be focussing your efforts to usher in the right traffic, so utilise them strategically and tailor your marketing efforts reactively.

Back in 2015, we asked over 3,000 SME bosses which social media networks they were marketing on and we can?t say we were all too surprised with who came out on top ? Facebook was the clear favourite with 64 per cent utilising the platform, a close second 51 per cent of SMEs were on Twitter and LinkedIn came in third with 43 per cent. However what did strike as something of a surprise was, trailing behind pretty pitifully, we found only 16 per cent of SMEs were on Pinterest and an even measlier eight per cent on Instagram. Perhaps even more scandalously, we found less than four per cent of SME bosses were incorporating video into their digital marketing campaigns begging the question: why are SMEs shying away from these visual platforms and creating visual content? What?s that much-used marketing adage, “if a picture?s worth a thousand words, a video is worth a thousand pictures?” It?s proven that visual content very literally translates into boosted visibility ? and therefore reach, engagement, traffic! Pinterest and Instagram have higher per-user engagement rates than both Facebook and Twitter and even if you?re happy with the golden duo, content which incorporates images has a 650 per cent higher engagement level than text alone, being 150 times more likely to be retweeted or shared. Did you also know, a potential customer is 85 per cent more likely to click that “buy” button after watching a product video? Your resolution is clear: leave text to 2015 and get graphic. Consider your Facebook posts and Tweets mini-billboards from now on. Branch out to new social frontiers ? challenge yourself to an Instagram a day, curate carefully themed Pinterest boards to tie in with launches and campaigns, get yourself on Periscope and put a face to your Twitter feed. Embrace visual content marketing and dabble with infographics or how-to?s for your YouTube channel. Litter them across all your other feeds. Get creative and be bold!

Customer service has moved online and 2016 is the year you can no longer bury your head and ignore it. Alas, 2016 is also the year you can?t be picking and choosing who you?re engaging with. The key to stellar customer service on social media is interacting with the good and the bad ? and knowing exactly how to interact with the good and the bad. The solution, as with most things social, is putting into place a solid strategy. It?s worth taking the time to review your current customer service practices and policies and see how social fits into those guidelines. How would you deal with a disgruntled customer or complaint in real life? On social, the same basic tenets apply ? initially apologise, then try to transfer the interaction to email so you can better get to grips with it beyond 140 characters. No matter how negative, always, always, always respond and never remove ? though this may seem contrary, bad feedback is pretty much an inevitability and potential customers browsing your feeds will be more reassured by your publicly and amiably resolving an issue than your brushing it under the rug. The good feedback? Shout this from the rooftops! Twitter?s just launched a new feature for brand?s to embed their customer?s happy social testimonials into their Twitter ads, called a ?brand enthusiast gallery? ? take inspiration, retweet, repost, share, fill your feeds with your own brand enthusiasts! And don?t forget to thank each and every one of them. If you?re a larger SME handling a high influx of social feedback, 2016 might even be the year you consider setting up separate accounts devoted to social customer service ? it?s certainly worth dedicating the time, social customer service is becoming just as important to grounding your social presence as social marketing itself. Jenna Roberts handles the marketing for Retortal.com, the white label, social media management dashboard, who conducted the above survey with 3010 SMEs in 2015.?