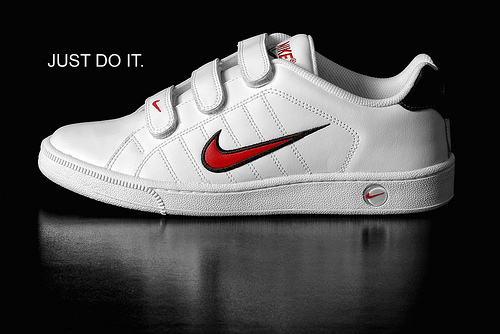 Nike’s slogan Just do it has a rather surprising background story. Those three words were sparked by true events, which involved Gary Gilmore. After going on a killing spree in 1976, Gilmore was caught and given the death penalty. When he was asked whether he had any last words, Gilmore simply said: Let’s do it. Decades later, Dan Wieden, co-founder of Wieden & Kennedy, changed the wording slightly to fit Nike. I like the do it part,” Wieden, said. None of us really paid that much attention. We thought, Yeah. Thatd work,” but people started reading things into it much more than sport. Image source

Because You’re Worth It

L’Oreal’s slogan has not only proved to be timeless, but caused a revolutionary movement in advertising as well. On the company’s website, its states: Written in 1973 when a social revolution and a new spirit of feminism was in full swing, it seems clear that the phrase could only have been written by a woman. At the time, women had little say in matters, to the extent that female products were aimed at males. This was something that irked Ilon Specht, who worked on L’Oreal’s account.
The company broke ground by releasing the first slogan and advertisement that was purely from a women’s point of view. Image source

Keep Calm and Carry On

No one knows exactly how it happened, but the slogan seemed to become a hit almost overnight and suddenly appeared everywhere and on everything. However, it seems that the slogan had been coined over 70 years ago by the British government, who used the Carry On part on posters right before World War II. It’s also noted that the crown associated with the slogan belongs to King George VI. The words Keep Calm were reserved for times of crisis, but was never actually used, until secondhand bookstore Barter Books stumbled across copies. Image source

There’s a trace of humour in Avis’ slogan that can only be understood if you look back to 1962 when they were competing with rival rental car company Hertz.  During this time, Avis hired ad agency Doyle Dane Bernbach to come up with something catchy. They simply told Avis to embrace the fact that they couldn’t beat Hertz, stating that this was another way to show consumers how hard-working they were. Of course, We try harder was an instant hit, turning the company’s $3.2m loss into $1.2m. Image source By Shan Schutte