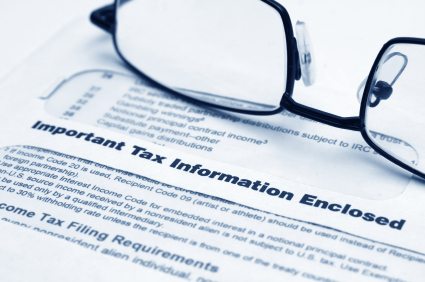 Share via
Death and taxes are the only certainties in life, as the saying goes. Death I’m ready for; my will is made and anybody who wants to listen knows what I want when I’m dead. Taxes, on the other hand – well, there is a conundrum. I actually believe in a fair and just society. I think that contributing to the national good is a necessity if you can afford it. A friend once said to me, “If you’re paying taxes you’re making a profit!” So, that’s the positive side. We live in a society that was brought to its knees by the greed and fecklessness of an elite of bankers who considered themselves earning enough money to be above the law. The rest of us are now having to pay for those excesses, and I agree with Mervyn King when he says that the economy is not going to grow much for the next five to ten years. In other words, it’s as good as it’s going to get, so strap yourself in for a bumpy ride. How does this bring me onto taxes? The government is in a spending straight jacket collecting less and less in tax as businesses struggle to grow. As an ageing demographic, our population starts to take more out of the pot in pensions and NHS costs than we are able to put in. We are in tough times and money is tight in all sectors. There are two things that really make my blood boil: waste and tax evasion by corporates. Waste in government is endemic and impossible to stop. Because most civil servants and politicians, unlike you and I, never had to create wealth, they think they are entitled to collect their “fair share” with no idea how it is actually generated. They’re unaware of how much hard work, long hours and creativity it takes to add value and make some money from nothing. Here’s a pub quiz question: what do the following corporations have in common? There’s two answers. One is that they are all very successful in the UK with enormous turnovers and equally enormous profits. The second is that they pay little or no corporation tax to UK government on sales made in the UK. The next time that Richard Branson is on a video link from Necker Island whining about losing the West Coast mainline franchise, ask him how much corporation tax Virgin Trains paid on the profits they were making. I don’t like handing over my hard earned cash for someone else to spend. I expect that whoever in the government is in charge of spending it treats it with the same care and respect that I give it. I also demand that they apply the austerity principles that I myself apply to running my business and which the EU and government are urging on all their citizens. But above all I demand a level playing field. I would like profits in the UK to be taxed and paid to the UK government, not remitted to Dublin, Liechtenstein, or various offshore trusts in the Bahamas. Sort that out between you, George Osborne and Mervyn King, and you will live on as heroes of this recession age. When will the next recession be ? John Sollars is a serial entrepreneur on his third business, Stinkyink.com.