Since arriving on the scene three or four years ago, equity crowdfunding has become an increasingly popular way to not only raise crucial growth finance but also market a product and develop a core user community.

To reach targets in a competitive space, pitches must be informative, inspirational and realistic. A combination of background information, interactive content and core financials must be successfully blended.

Real Business has done research into some of the runaway pitches, identifying the ones which went above and beyond what was initially identified as a target.

Cambridge-based GiftGaming is an in-game advertising platform for brands. Its technology provides a way for these brands to provide in-game incentives to players in the hope that it will foster loyalty, engagement and retention.

Set up in 2013, the business is supported by Accelerate Cambridge, Cambridge Judge Business School.

With 50 per cent of games free-to-play, but only 1.5 per cent of players making in-app purchases, GiftGaming is linking brands and players so that adverts get air time and games access in-game purchases.

Using its own platform to raise growth capital, Seedrs utilised equity crowdfunding as both an endorsement of what it was doing and so the business could fund a pan-European expansion.

Founded by Jeff Lynn and Carlos Silva in 2010 to help start-ups access early-stage capital, Seedrs works by entering a subscription agreement with every investee company. It then holds and administers the shares of the company as a nominee for the underlying investors.

Seedrs recently announced that it had acquired Junction Investments, a California-based online investment platform, to use as part of its expansion in the US.

After an unsuccessful visit to Dragons’ Den, where the founding duo were actually offered jobs by Peter Jones, Frame Again turned to crowdunding.

The business, which was set up by Londoners Jake Hayman and Joe Kenyon, allows customers to print and frame a photo before having it delivered to their door the next day.

Aimed at a generation of Instagram and smartphone users, Frame Again quickly moved past its failed attempt to secure investment on TV and, like many others on crowdfunding platforms, used the Seed Enterprise Investment Scheme (SEIS) to entice backers.

As a comparison marketplace for peer-to-peer and asset sharing platforms, Compare and Share become the first company listed on Crowdcube to triple its first investment target.

Backers including Oliver Rothschild chipped into the round (with a £25,000 contribution), and Compare and Share is now on a growth curve using the finance.

Fort its asset sharing platform offering, Compare and Share aggregates services such as Airbnb and Zipcar.

Bike HUD is a heads- up display (HUD) system that shows motorcycle riders information such as speed, engine revs and gear selection.

Finance was being sought so that Bike HUD could produce a comsumer-ready product. It has been esigned to be fitted to any motorcycle, and alert the rider to special conditions using numbers and graphics visible on the in-built screen. 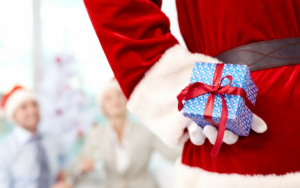 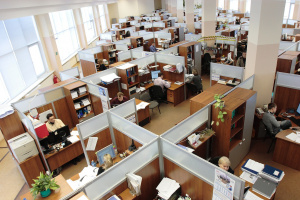