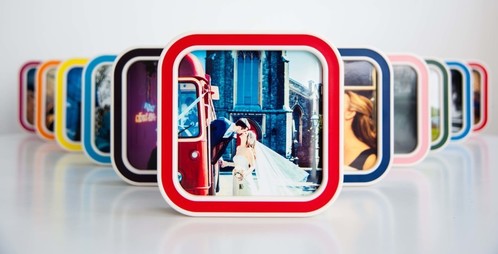 Cambridge Guidance Systems (CGS) has been around for four years and has developed a set of tools that help with developing stem cell treatments and medical research.

The crowdfunding pitch was launched so that the Cambridge-based business could invest in new research and development staff, and the business now has 139 individual backers.

On the back of its successful and oversubscribed fundraising, CGS was named the Crowdcube Tech business of the year at the beginning of 2014.

As one of many businesses attempting to simplify the process of buying, selling and renting property, Property Moose has developed an offering that allows users to invest in a range of properties from 500 and upwards.

Using the same equity crowdfunding model, Property Moose raised its own funds on Crowdcube and saw huge interest in its offering.

The service is aimed at investors who are unable to fund their own buy-to-let investment as well as existing landlords who are looking to diversify portfolios.

For borrowers trying to find a buy-to-let mortgage, Landbay claims to provide competitive rates and a faster application process than banks and building societies would provide.

The company can be classified as a peer-to-peer finance platform and allows users to make investments as small as 100 from those looking to make better returns.

Landbay was founded by John Goodall and Gray Stern, who have experience in recruitment and property finance.

As a reflection of where crowdfunding was first directed at, Curiosity Kills is a special purchase vehicle which needed funds to finance the production of a film called Welcome to Curiosity .

Whereas other projects used the rewards-based crowdfunding system on sites such as Kickstarter, Curiosity Kills became the UKs first fully equity crowdfunded feature.

Actors from the likes of Game of Thrones and The Inbetweeners were secured, and the project showed what can be secured without the backing of a production house.

Enistic provides a platform for technologies and services in the worlds energy markets, with a combination of hardware and software coming together.

Built on the assumption that organisations should be able to save up to 20 per cent off of energy bills by improving the way in which energy is managed through investment in new measures, its tools aid this process.

A total of 205 people backed the Oxford-based business, which interestingly enough only offered A Shares through the process.