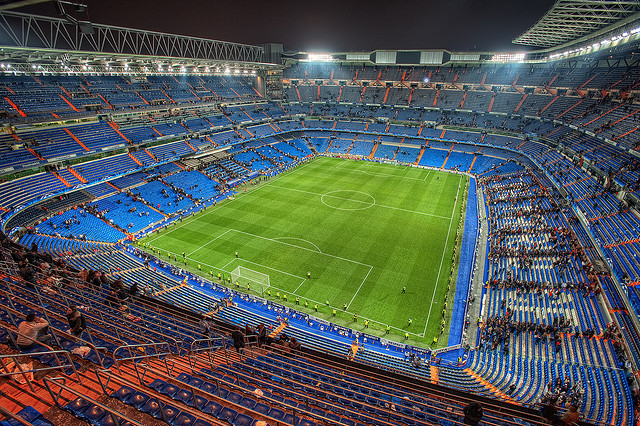 But although only Manchester United and Real Madrid have gone past the ?418.1m revenue marker so far, it’s been predict that all of the top five clubs may reach that point by next year.

Dan Jones, partner in the Sports Business Group at Deloitte, said: ?Commercial and broadcast revenues are now more important than ever to clubs to enable them to compete financially and put the best talent on the pitch. This has led to further dominance from the ?big five? European leagues this year, with just Galatasaray making it in from outside of those leagues.? Incredibly, Real Madrid reigns supreme for the tenth year running, with revenues at ?459.5m. According to Deloitte’s Football Money League, the club saw revenue growth of ?25.6m from increases of ?13.3m ?16.6m in broadcast and commercial revenue respectively. Jones suggests that the club?s continued success on the field is complemented by its financial strength and their accomplishment emphasises their position as the most successful European club side of all time.  ?However, their commercial supremacy is being challenged by Manchester United, among others,? he said. Manchester United achieved revenues of ?433.2m in 2013/14, making them the second highest earning football club in the world, jumping two places from fourth and becoming only the second club ever to surpass ?418.1m. Austin Houlihan, senior manager at Deloitte, said: ?Despite a poor on-pitch season in 2013/14, United?s commercial strategy of securing global and regional partners is delivering substantial growth.  Commercial revenue has grown 83 per cent in the last three years.  “Thanks to the latest Premier League media deals, broadcast revenue also increased 34 per cent. Their absence this season from European competition will be felt in next year?s Money League position, but if they can return to the Champions League in 2015/16 there is a strong possibility they could be top in two years? time.? Eight Premier League clubs are ranked within the top 20 this year, with Newcastle United and Everton joining the six English clubs in last year?s Money League. Strikingly, every club in the Premier League has made it into the top 40. Houlihan explained: ?The Premier League?s new broadcast deals have translated into big revenue increases across the English top flight. In fact, every Premier League club reported record revenues in 2013/14. Between them, the eight English clubs in our top 20 achieved total broadcast revenues of ?0.9bn.  “The fact that all the clubs in the Premier League are in the top 40 is testament to the huge appeal of the league globally and also the equality of the distributions the clubs enjoy relative to their European counterparts.  Additionally, the Premier League is currently negotiating for the next cycle of media rights and further uplifts are anticipated.? So who exactly are the top 20 highest-earning football clubs so far?  Club – ?m revenue By Shan? Schutte Image source