In a fast paced economy with the nature of business changing through technology and constant communication, it’s important to look at credible risks to business across the broad global landscape. The 2013 Lloyds Risk Index comprises statistics and looks at the peaks and troughs as well as comparing the data to the previous years index. The survey asks 588 C-suite and board level executives their business’s attitudes to a list of 50 risks that span five categories, including business and strategic risk, economic, regulatory and market risk.

The respondents to the survey were asked to mark between one and ten in these categories. The questions asked them to prioritise specific risks and how prepared they felt they were to deal with these risks. Some 77 per cent of respondents were from smaller businesses that had an annual turnover of $499m and 23 per cent were from larger companies with a turnover of $500m or more. The survey was taken across several continents including Asia-Pacific, Europe, North America, Latin America and South Africa.

What can we deduce from this report?

In the graphic above the top five global business risks are comparison with the 2011 Risk Index. The number one perceived risk is the threat of high taxation, which comes from the media spotlight on companies such as Starbucks, Apple and Amazon. Changing government legislation could lead towards high taxation of businesses large and small.The report states: “High taxation as a major risk proves consistent across all business types, whether they are in established or fast growing markets and above or below the $500m threshold.” It is Europe and North America’s largest risk and businesses in both continents do not feel prepared to deal with it. When given a rank out of 50, the US gave it only 37 and European respondents felt even less prepared, reporting only 21 out of 50 on the preparedness scale.

Loss of customer/cancelled orders was prominent in 2011 as the highest risk but has been nudged off the top spot. Businesses have been feeling the global belt tightening and the report states that this has “fundamentally changed the pattern of consumption – and not only in developed economies”. Continents like Latin America shows the widest gap between risk priority at 7.7 and preparedness at 6.3, showing that the global economic recovery is becoming a much more gradual process then was assumed by the 2011 Risk Index. The US bucks the trend as the report shows it feels more prepared for the risk then the priority it’s assigned to the risk. It’s imperative for the global recovery to look at niche markets and pushing hard pressed costumers to still buy products by researching their relevance for consumer demand.

Cyber risk has shot up the ranks of the risk index from 19th to 3rd in the past two years, reflecting a change in businesses underestimating its impact. Businesses appear to have realised the threat of hackers but the Risk Index shows that apart from the US, most are complacent about being prepared for it. Most believe they are more prepared for it then they were in 2011, however, giving it 5.9 on the preparedness scale. Whilst hackers are a real risk, businesses can control issues to do with cyber problems as employee negligence is responsible for 39 per cent of data breaches, system glitches for 24 per cent and malicious or criminal attacks for only 37 per cent. Insurance against cyber-attacks is a viable option to prevent the risk becoming larger, according to the report; specialists can provide cover against any kind of cyber breach.

The fourth global risk priority is price of material inputs; the cost of raw materials is becoming a real issue in every industry, from agriculture to pharmaceuticals to clothing. In some countries it’s a matter of scarcity of materials in one region or country. The field of energy is the most contributing factor to the risk priority. Oil prices are at an all-time high and this, with an already down-turned economy, creates a high risk priority across the global survey. The report states: “In the West, calls for investment to develop future energy supplies are being stifled by the reluctance of cash-strapped governments and businesses alike to invest, a position helped by the current depressed business demand.”

The issue that is most pressing is that a lack of regulation and enforcement on issues such as the environment doesn’t go unnoticed and will reach a point of strict regulation. Interestingly, the rise of ‘poor/incomplete regulation’ has also moved up the risk priority list from 20 to 15. This highlights the worry of poor regulation, such as the European horse meat scandal, being worse for business then no regulation at all.

The report highlights the importance of preparedness and risk management in business. With some areas growing and others slowing down the report states that the economic downturn won’t be changing tomorrow and “as challenging economic times look set to continue, sustainability is proving more important than ever to survival.” 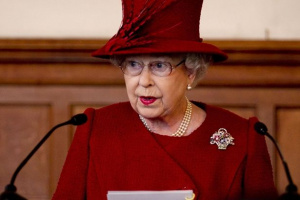 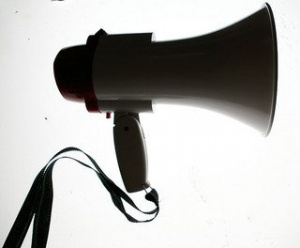