Are you not gaining the success you’ve wished to achieve with social? Curious what tactics other businesses have used?

Then it’s your lucky day.

Here are six examples of companies and individuals that made social media work in their favour:

Car company Hertz have established their place in the social media world, known for coming up with innovative ideas. Through the use of Facebook they started the Share It Up campaign. The more coupons you shared with friends on Facebook, the greater discounts you could earn. Almost half of consumers who saw the coupon shared it with friends.

By adding sales and discount links, the power of your social network will be amplified.

2. Choose your own adventure

Mercedes-Benz decided to up the stakes by incorporating a unique promotion through the use of user interaction. The Choose your own adventure idea allowed consumers to control the outcome of future advertisements. This made the viewers not only participate and spread the word, but wait eagerly for the ads to appear.

Ultimately, you should try and involve your target audience. The more they are included, the more they’ll follow and anticipate.

Possibly the best example of the power of social media is the charity FoodCycle, which  aimed to publicise itself through Twitter. Using 140 character recipes under the name Tweet Pie, it collected an abundance of knowledge from its viewers in turn.

Select a target audience and feed them not only facts and information of your business, but fun factors such as, in this example, recipes.

Scott Jarvie promoted the Jarvie Window through Facebook and Google+, using different strategies for each to show off his products and services. Through the use of Google+ as a business page, he displays his photo services and shares his resources. He also promotes the work of his students.

Ana White is a carpenter who has created a Facebook page with over 51,000 Facebook fans. Ana publishes easy-to-follow blueprints for do-it-yourself furniture projects on her page. She has asked fans to post their success stories and as a result, most of the posting done on her page is done by viewers. Anna doesn’t need to comment on posts as fellow DIYers have started to answer each others questions.

Create an environment where consumers will be allowed to talk amongst themselves and share their experiences.

After years of no success, Orabrush founder Dr. Bob Wagstaff tried to market his tongue brush via youtube. In less than three years his first video has been seen more than 16m times and helped him secure contracts from pharmacies. He offered the first tongue brush for free if you had seen the video and kept it short and to the point, linking it to the Orabrush website. Since then, he has released more clips, making it a key feature on his website.

Think about which social media platforms would offer the ideal target audience. 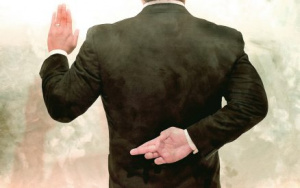 Staff morale: Should all information be shared? 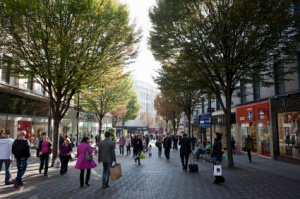 20 retailers that will save the high street