It is as if the Treasury has forgotten everything those strong Tory chancellors, Nigel Lawson and Ken Clarke, drummed into them. The state is not there to take an ever increasing slice of its citizens’ income.

Sadly chancellor Philip Hammond is not in the same league as Messrs Lawson and Clarke. He lacks their imagination and common sense. He is no better and no worse than some middle ranking director in a FTSE 350 company.

He is most certainly not equipped to deal with a Treasury that has slipped back into the bad old ways of Michael Foot and the Corbynistas whose La La Land existence consists of a state that always knows best and therefore has a divine right to extract ever more taxpayer money to satisfy its omnificence. Hardly surprising as the current generation of Treasury officials have been brought up at the knee of Brussels, which is, of course, the supreme example of the “we know what’s good for you” sausage machine.

Understandably and rightly so the mainstream media has latched on to the contradiction of a Tory government that is never slow to extol the virtues of self- made resilience, which then turns round and delivers, as the Budget centrepiece mark you, a cut to the earning ability of its natural supporters. This state of affairs is about as badly thought out as it is possible to be and can be laid squarely at the door of a second rate chancellor advised by a semi-Red Treasury.

But it gets worse. Much worse. For a while it looked as if those in La La Land were beginning to grasp that as a populace we cannot go on racking up more debt, nationally and personally, and the time had come to understand the virtues of equity capital. A whole host of influential commentators and financiers have been pointing this out for a year or more now.

Indeed even the Treasury are talking about the need for “patient capital” and over in the US they are beginning to seriously address the damaging tax advantages given to debt over equity. So what does “Spreadsheet Phil” and his advisors do? They administer a cut to tax free dividend income. For my money it is not so much the cost to people’s pockets of this action, it is the sheer lack of joined up thinking and undoubtedly proves that neither the Treasury or this government has any interest at all in encouraging long term equity capital formation. In other words they are anti-capitalist. Corbyn and co must be delighted.

What to do? Firstly Hammond must be sacked forthwith. We cannot have a laughing stock of a chancellor when it comes to squaring up to Article 50. To use language the Treasury would clearly understand, a swathe of officials should be purged and replaced by civil servants from the Department for Business, Energy and Industrial Strategy who at least stand a chance of having some empathy with those who are trying to move this country away from a state presence that only knows how to say “feed me”. 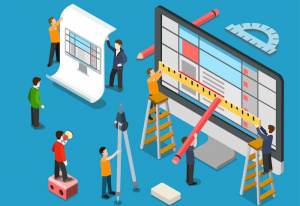 Your new website sucks, and here’s why – you don’t need one 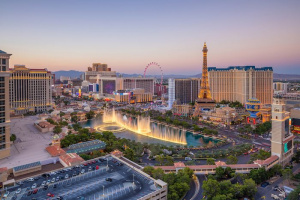 These are the most popular destinations for private jet users