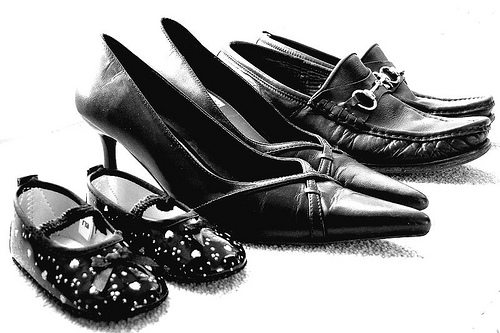 There are several downsides to family businesses – and I seem to have fallen into most of the traps over the years. This includes allowing my then-aging mother to assist (actually, totally hamper) a startup business, being married to my business partner (ending in divorce) and doing business with my sister (best for me not to comment on that at all!).

Finally, both of my children have worked for me at different times. Both brought enormous knowledge to the business, having been surrounded by it from the age of nought. Both genuinely cared for the business – but they also felt they had a right to it.

This always terrified me. I regularly see second-generation businesspeople on the local business circuit – many are weak, ignorant and arrogant, having been brought up in a rarefied life of privilege with little or no knowledge of what it is like outside of their own family businesses. They have been fawned over by ambitious staff or suppliers and allowed to hold court socially with customers at levels above their years and knowledge. They have an expectation of respect that has little or nothing in keeping with their responsibilities.

I have also made the error of employing these offspring. Once again, with the odd exception, they tend to be smug in the knowledge that they have the family business to fall back on when they want it, convinced that there is little they need to be taught and given to making sweeping and inappropriate remarks about their wealth and status in the community.

Working with my daughter ended in tears on both sides. Working with my son gave me five mixed years of joy and pleasure of his company – yet we were deprived of having much to say to each other once working hours were over. For him, there was a sense of growing disillusionment as he saw the gap in how he was and how he was perceived by others widen. At an age when he just wanted to work hard and go out and have fun, he was shut out from having “normal relationships” and permanently questioned his own genuine abilities.

I wouldn’t recommend working with family to anyone. Instead, kick your family out – in particular your children. Letting them work for you does them no favours. Let them find out, for themselves, who they are and don’t ever consider employing them until that has “set” – and they fit the profile of the job spec better than any other applicant. At the end of the day, you’re looking for the best employee.

My son is now in the depths of Oz and I miss him horribly. The business is poorer without him in many ways. However, our relationship is better than it has ever been and he is discovering himself in a way that he could never have done under the umbrella of the business. Not only am I dead proud of him but, more importantly, he can be proud of himself. I think that is a greater gift to pass on to the next generation. Picture source