How difficult is it for self-employed people to get mortgages?

A lot of providers will want them to have been trading for a certain length of time. Really the problem has been there since 2007-2008, it’s taken until now for some of the high street lenders to start waking up the fact that some of these applicants are good for a mortgage. Gradually some lenders are coming back into that market that will look at examples where applicants only have one year of trading.

Does that mean there are more products available that suit small business owners?

Yes. There’s a lender called Kensington Mortgages, for example, which will look at applicants with only one year of trading. They will want a higher deposit to reduce their risk and, so, they might be looking for 15 per cent.

What about the high street banks and the products they offer?

High street banks are more difficult. There are no specific products, lenders do not differentiate products based on employed or self-employed, it’s more lending criteria.

Halifax will consider one year accounts. There are some businesses that don’t withdraw dividends every year despite being successful. Lenders like Virgin and Coventry Building Society will work from net profit rather than dividend and salary. Santander is good if you have increasing and sustainable net profit.

One client had lost his job and gone self-employed in a completely different line of work. To make the business work he’d moved in with his wife’s parents. The business was growing very quickly, but because he’d reduced his expenses he wasn’t drawing out a dividend, instead investing it in the company. His net profit was really good, but his dividends weren’t. That’s the kind of client that would definitely struggle to get a mortgage with most of the high street lenders and someone like Virgin or Coventry would work better.

What about the way that income is assessed?

This is a burning issue. If you run a limited company most lenders would take your salary plus the dividend and perhaps average that over a two-to-three year period. Whereas some will look at the latest period if the business is doing well and the dividend is increasing. That means some will offer significantly more or less depending on that criteria. You could have one lender offering £50,000 and another offering the same client £200,000, and that wouldn’t be an unusual scenario.

Many self-employed people have expenses as a business, but that’s reflected in their net profit. This is always the rub. When a self-employed person goes to see their accountant each year they’re not keen on having a massive tax bill, expenses are going through, but now and again you have to borrow money, so it’s important that you can show a true reflection of the situation.

What preparation should self-employed people do?

Lenders will want different documents from a self-employed applicant. Some will want a reference from your accountant or to see the accounts of the business. Most of them will ask for an SA302, which is a Self Assessment tax calculation. You have to request that from the Inland Revenue. This can take up to two weeks to come through, which can create delays. I would advise self-employed people to talk to a mortgage broker early on in the process.

Whether you’re self-employed or not it’s a good idea to get your bank statements in good order. Make sure no direct debits bounce and your spending’s in order; it’s about building a good picture of yourself. Here is more on working for someone on a self employed basis.

Is there anything else to keep in mind about the changes to the regulation?

There’s nothing that changed, which directly talks about self-employed people. It’s more about lenders looking more closely at your outgoings, whether you’re employed or self-employed, rather than just a gross multiple of salary 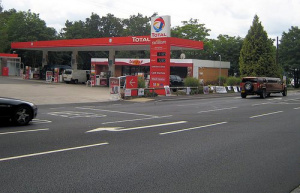 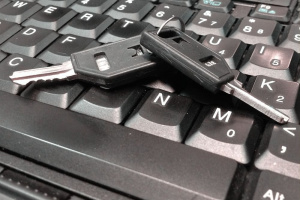 3 ways you can prevent your employees from leaking data