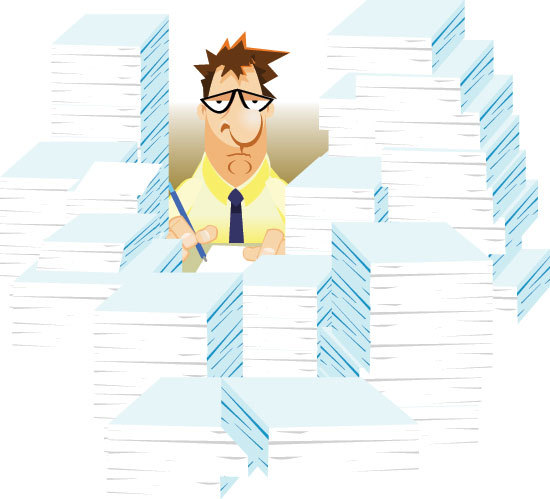 Few people mind putting in extra effort from time to time when it is needed, but it is too easy for extra time to be expected day in day out – highlighted by the fact that British employees work the longest hours in Europe, have the shortest lunch breaks and have the fewest public holidays. This is according to the Trades Union Congress (TUC), which claimed the average worker does so much unpaid overtime that they effectively work for free during the first eight weeks of the year.  It’s been a subject of much debate, with Joe Gardiner from TotallyMoney.com suggesting that “it’s quite a depressing situation” as too many workplaces tolerate a long-hours culture. Gardiner said: “We do not want to turn Britain into a nation of clock watchers.” Lynn Cahillane, communications manager at reed.co.uk, echoed this sentiment, revealing that while the extent to which people are willing to go above and beyond in the name of getting the job done is a positive reflection of our attitude to work, businesses should be cautious of becoming over reliant “on the heroic efforts of those members of staff who are always prepared and able to go the extra mile.” With that in mind, and using reed.co.uk’s latest research, we unveil the sectors that most definitely need to be inducted into a dedication hall of fame – and how many hours a week the average employee goes unpaid for.

In 2015, TUC suggested teachers were more likely to work unpaid overtime than staff in any other industry. Across all education staff, including teachers, teaching assistants, playground staff, cleaners and caretakers, 37.6 per cent worked unpaid overtime.

A survey by the Swedish Association of Graduate Engineers across Europe showed that 68 per cent of engineers worked an average of 12 hours overtime every month. While the findings come from 2012, the results of reed.co.uk’s research shows that not much has changed. Read on to find out which other sectors made it onto the list. By Shané Schutte