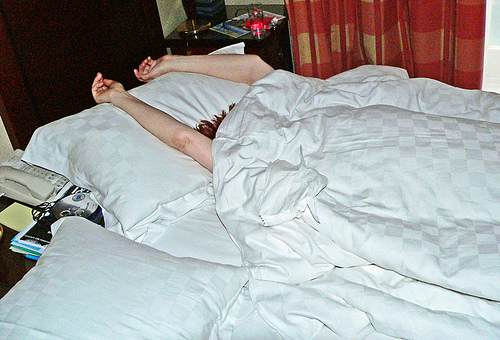 About a third of UK smartphone users – that’s 11m UK adults – look at their phone within five minutes of waking up! And although 67 per cent of 18-24 year olds do so within an extended period of 15 minutes, this daily ‘ritual’ proves that consumers already have their internet caps on as soon as the day begins.

Deloitte research even reveals that the “waking routine” now starts with checking who has been in touch with them overnight. And although it’s third on their list, social media is a definite point of interest. So businesses should look to get started early. Even if it has nothing to do with your brand, get a Tweet out there or update your Facebook status so your name is already circulating by the time your target audience has gotten through their email. Furthermore, people can’t leave their phones alone once awake with about one in six of us looking at them more than 50 times a day. 18-24 year-olds are the most intensive users, checking their device on average 53 times a day and for 13 per cent the figure it’s more than 100 times. In comparison 65-75 year olds only check their device a mere 13 times a day on average. Ed Marsden, lead telecoms partner at Deloitte, explains that “mobile phones have clearly become something of an addiction”. Image source By Shané Schutte