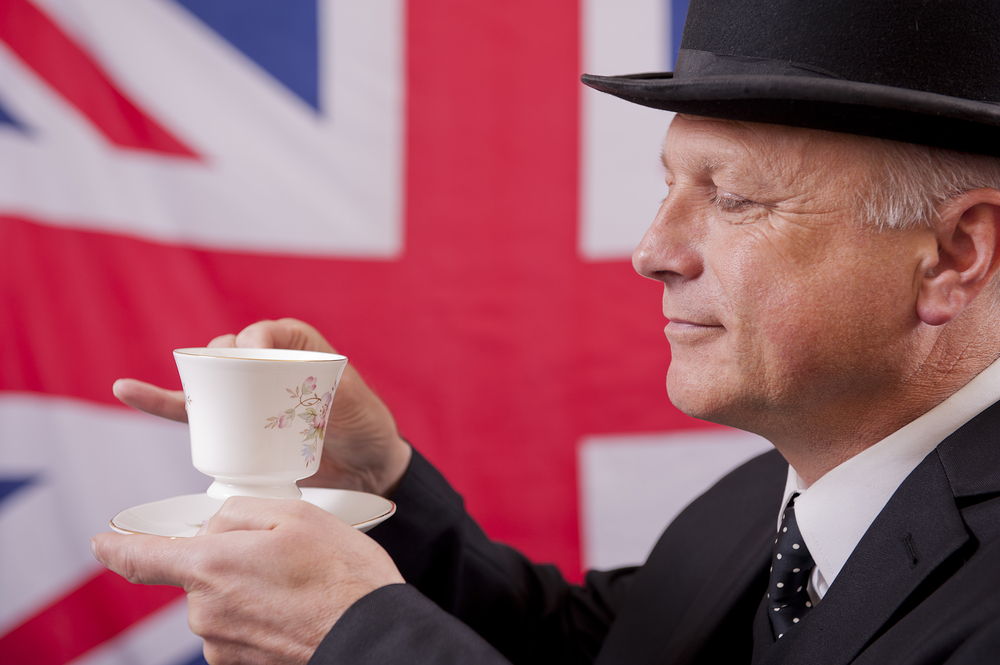 Share via
Image: Shutterstock In order to establish what British people are proud of and how they express that pride, Demos polled over 2,000 people from England, Wales and Scotland, asking them about everything from their self-esteem to their view of the royal family. And, overwhelmingly, they were found to be less proud of Britain than their forefathers. Some 53 per cent believed Britain was less patriotic than it was 25 years ago and 61 per cent argued that patriotism declined over the last 50 years.?However, four in five Brits were still happy to declare themselves ?proud to be British?. Read more about all things British: It?s indeed something to be proud of, with research from Cebr in 2014 showing that products labelled?Made in Britain?commanded a considerably higher premium when sold abroad than those with no declared country of origin. And spanning firms producing Rolls Royce engines and Newcastle Brown Ale, the UK has a long and decorated history of homemade products that emanate well throughout the world. That being said, we took a look at RKCR/Y&R’s “Brand Asset Valuator,” which correlates results on 48 imagery attributes with brand England to reveal the brands best representing the English national identity. It should be noted that “Englishness” was most associated with being “friendly” and “down to earth”. We took a look at some of the history behind the brands that were mentioned.

According to the company, “Beer has been made in the capital for more than 350 years, dating back to the era of Oliver Cromwell. Back in 1845 it was common to brew your own beer and one such private brewhouse was run by Thomas Urlin. When he died the property was given to Thomas Mawson.” After decades of being passed down, it fell into the hands of the Thompson brothers, who partnered with Philip Wood, brother of London?s Lord Mayor. However Wood didn’t have money to keep the brewery afloat, so he looked to John Fuller???a wealthy gentleman?? for help. After Fuller bought one of the Thompsons out, he soon became the majority shareholder at the brewery. When he died, it was passed onto his son,?who in turn sought investment from John Smith, who had helped run a successful brewery elsewhere. He invested on behalf of his son, Henry Smith, and his son-in-law, John Turner???and so the company behind London Pride, Fuller, Smith & Turner, was born. That?s not the end of the story though, as the company continues to invest and innovate. In fact, in November 2015, an interview revealed that while Fuller?s strong performance was down to ?the hard work of well trained pub teams,? its “range and the heritage and commitment to quality to ensure that the beers being produced would sell” helped the company grow?successfully. ?????????????????????????????????????????????????????????????????????????????

The brand was created in the 1960s by Rank McDougall in order to revitalise cake sales. However,?Mr Kipling himself never actually existed???he was created to give the product a traditional family feel. This was reinforced through adverts suggesting Mr Kipling was a small shop baker, specifically in TV adverts. This was perhaps best explained by Alysa Leven in ?Cake: A Slice of History,? where she said: ?Mr Kimpling, whose tagline is that he makes ?exceedingly good cakes? is a prime example of the cachet lent to a cake by nostalgia and tradition. The unfussy logo, the kindly and mature voice-over, the depiction of an old-fashioned bakery in TV adverts, all speak to a family business steeped in tradition. ?The brand has been owned by a series of big companies, founded by Rank Hovis McDougall, the flour people, and purchased by Premier Foods in 2007. But consumers still like that sense of heritage; when the packaging was rebranded in 2001 and again in 2004 featuring a more modern logo and a simpler look to the boxes, sales fell. The following year the pictures of the cakes were restored to the front, and the fall-off in sales declined.” From Bakewells to Battenberg, Apple Pies to petite French Fancies, Mr Kipling’s success truly lies in how its heritage is involved in every aspect of the brand, and its success is further highlighted by the fact that almost 60 per cent of UK households indulge in Kipling treats every year. Read on to find out which games and cosmetics companies made the list. By Shan? Schutte</a ></em ></p >