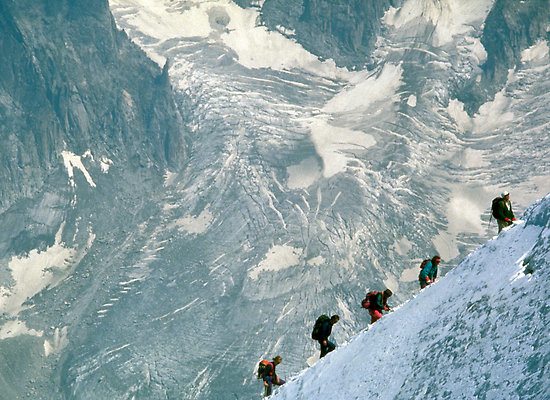 You don’t need to be an economist to know that UK plc is in a tough place. Slow growth, job losses and a stream of closures in the high street – wherever you look confidence about the economy is low. And it’s British manufacturing that is being tasked with getting us out of this economic gloom.

At present, however, the government’s “March of the Makers” seems to be marching uphill with the weight of the UK’s national debt on its shoulders.  The 1,400 job losses at Bombardier (as the government gave the Thameslink contract to Siemens in Germany) was a major blow – particularly in the current climate. So what do we need from those in Westminster if they won’t commit to UK contracts? Two things are key. First, making it easier to finance R&D to help our manufacturers get the edge in a global market. Second, making sure we have the right skills in place to develop and deliver these products.

In a global market, the only way for British manufacturers to compete is to be constantly researching and developing cutting-edge products and technologies. We cannot – as a high usage economy – compete on price, therefore the ability to have technically advanced goods and solutions that perform as they should, with reliable quality, and a high degree of added value, is integral to our success.  But we have to continually be investing in R&D if we are to deliver. But for many businesses it is proving difficult – if not impossible – to raise finance from the banks. This is despite the promises of Project Merlin, which aimed to make banks lend more.  Something has to change.  Just to prove how integral R&D is to growth and success, over the past few years at TTG we’ve invested in a stream of new products. It’s already paying off, with our international sales up by 39 per cent in the past 12 months. If we can achieve this, so can many others, but the government has to start helping those numerous smaller manufacturers who need the banks to release finance. If they can’t invest in R&D, success at home or abroad will be harder to come by, and the recession, for many, will be even longer.

A key concern for anyone involved in manufacturing is the lack of engineers in the UK. Those we have got are world-class but they are ageing. Where does that leave us?  The education and skills development of future talent is a long-term issue, and one that has to be addressed more seriously if manufacturing is to grow. Where do we start? University shouldn’t be the first – or only – choice given to school leavers. We have to build awareness of the other options available.  Apprenticeships are one of the best examples. For many years, they’ve almost been looked down upon as school leavers competed for university places. Apprenticeships are slowly making a comeback but the British Chambers of Commerce has found that only a fifth of firms have taken on an apprentice in the past year. Most apprenticeships combine on-the-job training with an academic qualification such as BTEC (or higher), providing the apprentice with a more rounded training and the skills needed to quickly become a qualified and competent engineer. As a country we need to start recognising the skills and experience that a good apprenticeship can provide. And for the hundreds of SMEs that can’t commit to a full-time apprentice, we need a new approach that brings together the different players – individual businesses, their partners, the government, school leavers and educational establishments – to create new, flexible solutions that develop the vital skills this country needs. Research for the CBI by the consultants McKinsey recently highlighted the issue of the “forgotten army” of medium sized businesses (with a £10m to £100m turnover) in the UK. This sector represents less than one per cent of businesses but generates 22 per cent per cent of economic revenue and 16 per cent of all jobs in the UK. However, current government schemes suit very few of these successful companies. The government has an approved list of training courses, for examples, but this would mean our apprentices making an 80-mile round trip from Derby to Leeds to attend a lecture. That is simply not workable.  The government has to talk to businesses and make it easier for apprenticeship programmes to be initiated and grown. With UK manufacturing seen as key for future economic growth, the government must take a hard look at the issues of R&D and education. If we fail to invest, Britain will lack both the technology and the skills to have any impact on the global stage.   Mike Norfield is CEO of Team Telecom Group (TTG), a £50m-turnover telecoms specialist. It researches, develops and manufactures most of its technology in the UK.