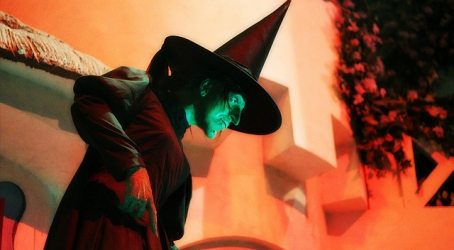 European venture capitalists are gluttons for punishment. It’s the only explanation. Everyone knows it’s a rotten way to make money, it always has been. It’s not even a noble profession. In the eyes of most Europeans, the VC is either a vulture profiteer, pecking at the putrid carcass ofenterprise and innovation, or a cowering financier, lacking the imagination to support our down-trodden entrepreneurs. Either way, it’s the VC’s fault for Europe’s diminished standing in technology creation.

This searing truth dominated the discussion at a recent Euro tech debate, when panelists rounded on the sole venture capitalist. ?Is this when people start throwing rotten tomatoes at me?? asked the hapless investor. Well, who else is to blame for the failure of European start-ups? Heaven knows, it’s not for lack of homegrown technology or entrepreneurs.  You see, European VCs don’t have enough skin in the game. Investment culture is stifled by firms stuffed with former accountants and investment bankers. Operational experience is unusual, and it’s rarer still to find an enterprising investor with a nose for risk and the wherewithal to stick it to the top dogs in Silicon Valley. The industry figures stink, that’s no secret, so the rational investor pushes through early exits so he can raise more funds and sit pretty on management fees. They sell early. They finagle favourable terms to profit from failing businesses, brushing aside founders and angel investors. The authorities don’t trust them. Why else did the European Commission include venture capitalists with the locusts, ungulates and other alternative fund managers when it drafted the AIFM? ?How did VCs end up in a hedgefund directive?? an exasperated Uli Fricke ? chairman of EVCA and herself a VC ? asked delegates at an industry conference last year. Unlike their colleagues in buyout shops, European venture never had its moment in the sun. Private equity professionals can take comfort in the knowledge that they had their golden age. It used to be a simple business ? leverage a company up to its eyeballs and wait for the assets to magically increase in value.  No such luck for VCs. By the time investors tumbled into the asset class, it was too late to benefit from the dotcom boom, and they had barely enough time to recover before they were clobbered by the credit crunch. European venture is a story of two busts and no boom. LPs have run away screaming. The US experience could hardly be more different. Theirs is a rich history that dates back to the 1950s. Successful VCs are feted as industry moguls. When President Obama came to Silicon Valley to dine with the cream of the tech industry, where else would the event be held but at the home of Kleiner Perkins’ John Doerr. US mega-firms like Kleiner Perkins and Sequoia Capital aren’t just VCs, they’re brands. European firms aren’t even close.  Pity the European VC.Already on the fringes of financial services, the venture capitalist must face the scorn and derision of LPs, academics, governments and the media. They’ve lived under the threat of extinction for decades. They’re no longer the ingenues of the 1990s, trying their hand at a buzzy asset class, they’ve seen it all before. And amazingly, they’re still at it. They’re not mavericks because they don’t wear ties, but because they’re still willing to pour money into a sector that everyone else abandoned. This blogged sparked an angry ? and surprising ? reaction from VC. Read the update here.   Picture source Read more from Real Deals