Crowdsourced funding website Kickstarter is to launch in the UK this autumn. Kickstarter is part of a socio-economic phenomenon that exists on 400 platforms and has funded $1.5bn worth of small businesses, gadgets, art projects, and other causes in one year alone.

Crowdfunding, in a nutshell, is the means of raising money for a project or business from a large number of investors – us, the crowd – who each donate a small sum. The average project walks away with $5,000, others generate millions.

Open-source social networking software Diaspora was brought to life through $200,641 from 6479 backers. iPhone stand and tripod mount product The Glif asked the crowd to pledge $20 a time to start production of the gadget, and raised an astonishing total of $137,417. The list goes on endlessly.

And still, crowdfunding is a relatively new concept. The term was coined in mid-2006, derived from crowdsourcing, but has since snowballed in use and popularity. The question businesses, governments, and potential investors are asking themselves is: can’t there be a Kickstarter for everything? Why do we need bank overdrafts if we could create a system to crowdsource loans? Will the trend soon break through its current start-up barriers and reach out for larger-scale ventures, funding mid-sized businesses thirsting for growth?

There’s a reason why Kickstarter is only now reaching the UK. In the United States the Jumpstart Our Businesses (JOBS) Act, which was signed into law in April, eased the strict regulations on securities and made it easier for businesses to raise funding from alternative sources. In the UK crowdfunding as an investment model still faces challenges in the form of consumer protection regulation.

The UK government has signalled an interest in reviewing legal and regulatory barriers to crowdfunding, driven by the will to create alternatives to bank funding and to decrease Britain’s economic dependency on bank liquidity.

As an investment model, crowdfunding has many advantages for businesses. It allows the lender to keep all control over their venture, and it’s cheaper than traditional bank lending or institutional investment. What is fascinating is the motivation behind the individual investor, who usually offers his/her money for no financial return.

We spoke to Karyn Campbell, an investor at Collaborative Fund, about what makes the crowd tick and the funding model work.

Instead of financial return, investors expect an emotional connection to the project, or the person behind the product. The most successful crowdfunding stories were those that helped people unite over causes or communicated a mission, even drew an emotional connection between the backers and the lender. “Crowdfunding is built around relationships,” Brian Meece, co-founder of crowdfunding platform rockethub.com, once said. It’s a phenomenon that depends on trust and reputation.

A charismatic entrepreneur behind a fully established, growing business might well be able to evoke the same effect in the crowd as a likeable newcomer with a startup idea. Personality, however, is not enough. It’s also the cause that counts.

“Though the line between individual and business is blurring, bigger companies may face challenges getting people to invest money on a crowdfunding platform, unless they create interesting campaigns and clearly state how this investment translates to ownership,” Karyn Campbell explained, “how it will be returned to the individual, and the stakes involved. Most people feel like they already give enough money to big companies.”

The crowd invests in making an impact. It’s a decent motivation to know that your gift is vital to the success of the project you’re funding – if the cause resonates with you, wouldn’t you back it? The other option is to offer a truly creative reward to your backers. Like Seth Godin, who crowdfunded his book ‘The Icarus Deception: Why Make Art?‘ and promised five funders to write a paragraph about them in it.

Not every project or business is fit for crowdfunding. Jessica Jackley, who co-founded microcredit site Kiva, said in an interview with The Atlantic: “The ventures that keep things light and fun, easy to understand, that have a compelling story, a sexy retail product, will have an easier time getting people to rally around them and contribute. It’s not sexy to fund overhead, for example. So we have to remember that there are worthwhile causes and worthwhile businesses that won’t appeal to the crowd.”

Is it worthwhile enough to help a British business grow, to fund an SME’s expansion, its next step in export, next technological advancement? Is it compelling enough that supporting a mid-market business means fuelling the engines of UK economic growth? Now that Kickstarter, the main driver behind the phenomenon, has heralded its coming arrival in the UK, we might soon find out how the mid-market fits into the crowdfunding puzzle. 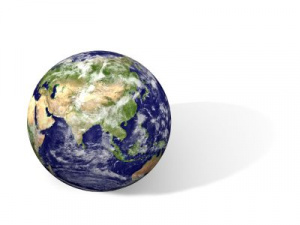 A guide to exporting to developing countries