The evolution of funding

We asked FDs how they fund working capital. Half said they self-fund from cashflow with 38 per cent relying on the bank. But this might change. While only 14 per cent of respondents said they currently use alternative sources of funding – private bonds, asset-based lending and exotics like crowdfunding – 60 per cent said they expect these kinds of non-bank financing to become a more significant part of the mix. Oh – and forget the government. Only 14.5 per cent or respondents think its interventions have helped businesses in search of finance.

Audit has been under scrutiny, but the trend in the Satisfaction Survey is positive. It’s true that on value for money and ability to flag up key risks, respondents awarded a mere 3.5 and 3.6 average out of five respectively. But both scores are up on the 2012 survey. And there’s improvement for quality of service (up from 3.9 to 3.93) and particularly for the satisfaction with the audit partner (up from 3.7 to 3.9). The hard work is paying off – but can the regulators avoid leaving audit firms hamstrung after the next wave of reform?

Some 225 respondents gave detailed comments on how they’d like to see audit change. Only three wanted auditor rotation – one of the many proposals currently being debated to reform the industry. But nearly 27 per cent said they are crying out for their auditor to have the freedom to offer advice on accounts, taxation, business structures and other issues – and a further 22 per cent want more added value from their existing audit service.

Financial understanding in the boardroom

For the first time, we asked about boardroom financial intelligence: the average score that respondents to the Satisfaction Survey awarded their senior management team for understanding financial issues was just over four out of five.

Satisfaction survey respondents are cautious about growth prospects in their market, with an average score of just 3.5 (out of five). FDs seem to have confidence in their own businesses (see previous point), but still have concern about the wider economy.

Are banks getting worse?

In the 2012 survey, the average score for relationship managers was an impressive 4.3 out of five; and for services, four out of five. This year? The averages are unchanged. Whatever else is happening in terms of business lending, the services and staff at UK banks are holding their end up. Some 412 FDs and other senior financial managers took the time to give us a citation for their relationship manager – up from about 370 last time. A personal service clearly gets noticed.

How good are your advisers?

Satisfaction survey respondents gave us a wealth of data about the advisers they use – and overall they scored an average of 3.9 out of five. Tax – the most common type of advice – scored a respectable 3.8, alongside risk management and corporate finance. Who did badly? Outsourced internal audit fell below average, with 3.6. But three types of adviser excelled: general accounting, financial planning and outsourcing all averaged higher than four out of five.

Technology is moving fast – and that’s as true in the finance function as anywhere else. Nearly half of the respondents to the Satisfaction Survey expect to undergo a major systems upgrade by the end of 2014. But it’s not all good news for the software industry. More than 35 per cent of FDs are happy to make do until after 2016. As many FDs tell us every year, “if it ain’t broke…”

It’s a truism that the finance function leads by example – whether it’s cutting costs or enforcing discipline. So we have good news. While ten per cent of Satisfaction Survey respondents plan to cut junior staff this year, more than 35 per cent are looking for new hires; even at senior level, 15 per cent of companies are looking to recruit. One in ten are considering outsourcing parts of the finance function – but an impressive 41 per cent plan to add to its capabilities, searching for added-value activities and offering enhanced decision support. FDs: hungry to offer more.

The FDs’ Satisfaction survey is a unique snapshot of heartland economic opinion. In 2013, 1,000 of the total 1,380 respondents make financial decisions in organisations with a turnover between £5m and £250m; 498 are family owned; 330 are management-owned; 185 are backed by private equity.

This is a senior-level survey base: more than 50 per cent of respondents are either CFO or FD; the rest are senior financial managers, CEOs, chairmen and other board directors; 780 respondents are between 40 and 55 years old.

Manufacturing makes up the largest individual sector within survey respondents (15 per cent), with an even spread among the rest across financial and professional services, retail, construction and education.

This is no London-centric insight; it’s a view from all UK regions: 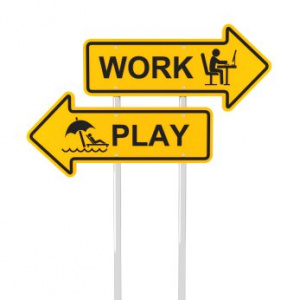 For entrepreneurs, “work-life balance” is just a myth 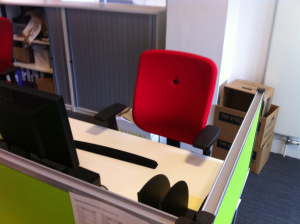