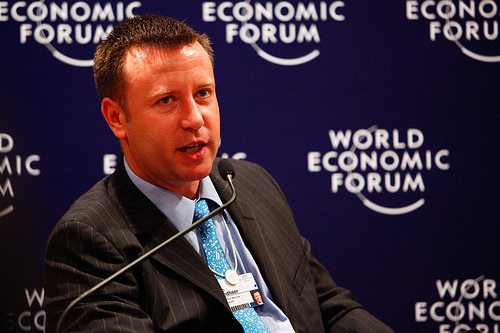 Last week we reported on the new trend for UK creative and technology companies to move into Asia. This week, we’re focusing on a more well-worn path: UK businesses taking advantage of Hong Kong as a capital-raising environment.

In 2009 and 2010, Hong Kong was the world’s largest IPO market. This was fuelled by the flow of mainland China companies, looking to raise funds in Hong Kong and, in some cases, as a platform for international expansion. Among these was the world’s largest ever IPO, of Agricultural Bank of China, which has no less than 320m retail customers. Some 610 mainland businesses, including 164 H-share businesses, were listed on the HKEX at the end of June 2011, worth above half the exchange’s total market cap. Considering the first mainland-incorporated company (beer brand Tsing Tao) only listed in Hong Kong in 1993, this is a staggering advance. Even in the first half of 2011, when overtaken by New York and Shenzhen (astonishingly, in its stock exchange’s first year), Hong Kong continues to attract the kind of listing business that would make a western exchange weep: 47 new listings in the first half, including high-profile international brands (Prada, Samsonite) and dual listings (Glencore). The likes of Jimmy Choo and Ducati are reported to be considering floating in the city. Not all have hit the heights. Even in a continent obsessed by fashion, Prada listed at the lower end of its price range, raising fears that its luxury brand could be diluted by listing in a very active market. That said, Prada did raise more than US$2bn in its IPO, making it one of the world’s ten biggest IPOs in the first half of the year. Speaking to Real Business as part of the Think Asia, Think Hong Kong programme, Hong Kong Exchange’s head of issuer marketing Eric Landheer (pictured) was keen to explain that, despite the boom in H-share business, some 45 per cent of funds raised on the HKEX are from international businesses. For UK firms, the key to raising money via a HK listing is to demonstrate a genuine “Asia nexus”, says Landheer, with at least 20 per cent of revenues deriving from Asia, and growing. While disappointingly few UK companies (11 out of 137 international and non-mainland companies) are currently listed in Hong Kong, many familiar institutions are represented in the city; so Landheer reckons that approximately 25 per cent of the turnover of your stock could be accounted for by UK and US investors. “So you broaden your investor base, but you still attract and retain US and UK investors”. Landheer admits that while the HK process of listing on the main (or indeed the junior GEM market) can be “cumbersome”, it’s relatively straightforward to maintain a listing. The absence of Sarbanes-Oxley rules and bi-annual reporting requirements on the main market (as opposed to quarterly in the UK) limit compliance burdens. Compared to other world markets, Hong Kong comprises a relatively high number of retail investors – newly cash-rich mainlanders like to dabble in the markets. Landheer reckons that 36 per cent of total investors are not institutions. While mainland investors only account for five per cent of total turnover, their participation in the market is only likely to grow. It makes for a lively, sometimes volatile, but very actively traded exchange.