We are not quite there yet, but the danger is real, present and wholly avoidable. Why do successive governments fail to take the lead and back companies that are trying to create wealth for the nation through technological innovation? How does the UK government’s approach differ from other successful manufacturing based economies? What is needed to stop the decline?

The need for government support

In 2012 Simoco, one of the TTG Group companies, developed a digital mobile radio product line that is about as radical as the shift from analogue mobile phones to the current digital smart phones that we all take for granted. The investment for this funding was a drop in the ocean compared to the R&D budgets of global competitors like Motorola. Why? Because it had to come entirely out of last year’s profits. Now don’t get me wrong, this product will be a success in niche markets. But with the right investment we could accelerate development, bringing valuable export earnings to the UK.

With all the publicity created by UK government about support for British companies who want to invest in technology, you’d think that there was an open cheque book. The truth is, accessing what funds there are is more like a war of attrition. Instead of the awarding body visiting the headquarters and reviewing the technology, each company has to fill in a questionnaire. A committee of three people that have never visited the organisation makes a decision that determines the whole future of the business.

What is this sort of approach to investment doing to Britain’s competitive status on the world stage? In China, the government makes long-term investment commitments to telecoms companies like Huawei, which is why they have gone from being unknown to becoming one of the largest and fastest growing telecoms companies in the world. In Australia, TTG has even been able to secure government backing for its ComGroup subsidiary, which then went on to develop a market leading radio system for the country’s emergency services.

Besides supporting indigenous companies with R&D grants, our competitors do not observe the same policy of buying anything but their own country’s products. The UK seems to take a perverse pride in not buying British, even when we do have world-leading products on offer. Government faith in British industry would be a good place to start to shift this mindset to the one they have in Germany, China, France and Taiwan. For example – German government departments use Siemens phones and French public bodies use Alcatel.

The same cannot be said for the UK government or public sector. Government would argue that UK companies can’t always offer the best price, but that’s a short-term view. If the public sector invested in British companies then we would be able to generate the profits to invest in R&D and achieve the economies of scale that would make UK manufacturers more competitive. At the same time, this would generate corporation tax, income tax and reduce unemployment benefits. It would ensure that we are not exposed to arbitrary price increases by overseas suppliers, due to the fact that we no longer have the infrastructure to manufacture ourselves.

Where we have got the formula right, there are some outstanding examples of how UK companies with government support can become world leaders. Just look at Rolls Royce in my own town of Derby – a high technology company that is a world leader in manufacturing jet engines. This highlights that there is no rule against British companies being successful at the leading edge of technology.

As always there is a lot of talk of commitment on the subject of consistent long-term industrial strategy. That is all hot air. The government are not taking a long term view that will live on regardless of which party is in power. We don’t have the option to compete on price alone in the UK, as our cost base is just too high. However, we do need to focus on building value through innovation and quality. This means support for UK technology in the form of direct targeted grants that result in the government buying British products and investing in education. The apprenticeship schemes are a good start, but there is too much focus on job creation when the emphasis needs to be put on wealth creation sectors like technology and engineering.

Innovation is an integral part of this country’s history and the government needs to make a long-term commitment to wealth-generating industries to ensure this continues and make Great Britain “great” once more.

Mike Norfield is the CEO of TTG, a specialist in the global telecommunications industry.

Interested in the growth challenge? It’s the theme of this year’s Entrepreneurs’ Summit. You should join us on June 13th. 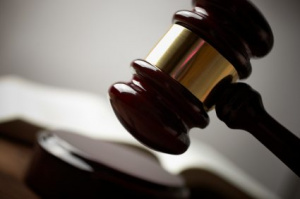 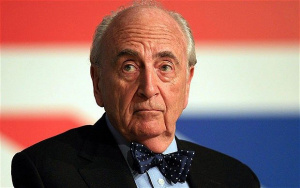