2016 was a year of political upheaval and currency volatility. Following the European referendum, many businesses were left vulnerable, with lessened chances of growth due to the weak pound. In fact, nearly half of all SMEs (45 per cent) admitted to being worried about currency volatility, compared to 31 per cent at the beginning of 2016, according to World First’s SME Global Trade Barometer report for Q4 2016.

“We have had to adjust our business plan and update our financial modelling,” said Nicole Barrett, director for business at Vegas Mattresses.

“It is presently suggested that over the next five years the value of the pound will equal the value of the euro. Our financial modelling suggests a significant reduction in potential profits. The direct knock-on effect is that where we were expecting to employ an additional three staff by the end of 2017, we do not expect to have the funds to support this development. The vote has directly affected our cash flow and growth projections.”

Many businesses had pre-referendum hedges, but in 2017 we should begin to see the full effect of the weak pound.
As these hedges expired, over 75 per cent of UK SMEs were exposed to the weaker pound as of January 1. This is likely to show in consumer and producer facing inflation over the coming months.

Already, trade with Europe has begun to slow down. Only 30 per cent of UK SMEs listed euros as the most common currency traded in the last three months compared to 37 per cent in Q3. This is a sharp decline from Q1 of 2016 when 49 per cent of SMEs listed euros as their most traded currency. Similarly, World First data shows payments reaching the EU fell a further 1.5 per cent in Q4 from Q3.

However, many businesses remain confident and refuse to be knocked back.

“Our glass comes from Spain and will become more expensive once our euro hedge finishes (we hedged at 1.4 euro to the pound), but I see that as a normal part of business,” said Steve Magnall, CEO of St Peter’s Brewery.

“Things go up and down all the time. I am sure as we work our way out of Europe and are in negotiations, it will impact the business, but that’s no different to all the myriad of issues we face.”

The US election in November was undoubtedly the biggest macroeconomic event of Q4 in 2016.

There was a decline in dollar trading with 27 per cent of SMEs listing it as the most traded currency compared to 28 per cent in Q2. This is some way from the levels recorded during Q1 2016 when the dollar hovered at just above 36 per cent. Again, World First data corresponds with this trend showing payments to the US have declined slightly by 0.12 per cent.

However, UK SMEs appear to have learnt from the fallout of the weak pound and the EU Referendum in June and reacted to Donald Trump’s victory by purchasing hedging products for the dollar to manage the risk of currency volatility on their business.

This hedging strategy will have proved successful for those buying dollars forward, protecting their firm from having to buy US currency at a more expensive rate on the spot later down the line.

The political shocks are not likely to be over yet and with 2017 bringing elections in the Netherlands, France and Germany (three of the biggest economies within the EU) markets are understandably wary of what lies in store for the euro.

In the face of the weak pound and such uncertainty over the next year, one thing remains clear for UK SMEs trading internationally, and in particular across Europe: volatility isn’t over just yet. 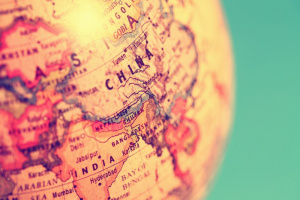