What was the world’s first tv advert?

The first advert itself was broadcast in the US on July 1, 1941 over the New York station WNBT – which is still going as WNBC, ‘channel four.’

The advert was for watchmaker Bulova, and was shown before a baseball game between the Brooklyn Dodgers and Philadelphia Phillies. It read ‘Bulova Watch Time’, and showed a mashup of their logo alongside the WNBT test pattern, so that it looked like a clock face. It is thought that Bulova paid between $4 to $9 for the advert. A TV spot on a national television channel, during peak view demand like a sports game, would today cost several million dollars.

When was the UK’s first paid advert?

In Britain, the first paid advert was broadcast in September, 1955 – a much later date, possibly because the BBC was a subscription service and had no need for adverts. The first ad then was broadcast on Britain’s first commercial channel – ITV. The ad was for Gibbs SR Toothpaste, now Mentadent SR and owned by Unilever.

As proof that some things never changed, the ad starts off depicting a snowy riverbank while water flows audibly. The screen then cuts to a picture of the toothpaste; then a woman brushing her teeth and smiling. Finally, a molar being dipped in Sodium Ricinoleate – the advert says – and finishes on a box of Gibbs SR surrounded by ice.

Even though Guiness didn’t have the first British advert, they certainly rank as having the best:

There have been countless memorable ads over the years, but everyone wants to know which was the first, and when it was broadcast. Hopefully we’ve helped answer that question! 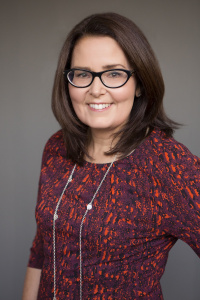 What leads women to become entrepreneurs?