Let me tell you the story of how my latest business idea, Penny Revenge, came to life.

It all began with a small event that ruined my day. I had just come back from a series of exciting and productive meetings in the centre of London and had been given a parking ticket after arriving back to my car three minutes late.

Now, getting a parking ticket on any day is a rather frustrating and negative event. On the drive home, my mischievous mind began to dream up a way to neatly communicate this large frustration to the people who issued these tickets. How could I show the parking ticket issuers how annoying getting their ticket was?

Wallop! It hit me like a sharp poke in the bum from the Devil’s pitchfork. What if I were to pay the fine solely using pennies, forcing the ticket issuers to have to count every single one, and thus go through a high degree of aggravation doing so?

And then I thought, “What I offered this service to other people?”

Each person’s stress from getting a parking ticket might be neatly countered by the exquisite pleasure they’d get from the knowledge that they’d be causing the ticket issuer a massive headache in turn. I’d almost be like a Parking Ticket “Mother Theresa”, giving joy back to unfortunate souls who had encountered hardship. My Nobel Prize would be soon to follow, surely?

I started to build on the initial Penny Revenge idea and think of even more delicious tweaks to how the service might work.

What if we paid the fine in pennies, but also overpaid by just a few? This would also force the parking ticket issuer to have to send those extra pennies back – another little twist of the childish (but strangely, deeply satisfying) knife.

I told my brother about the idea and he laughed – and then suggested even more inspired additions to the Penny Revenge service. He suggested that perhaps we could include some foreign pennies in the huge bag, so it made the counting that more difficult. Or even that we just pay the whole amount in a foreign currency with an extremely high numerical conversion rate, so the ticket issuer had even more coins to count and process.

All this amused me greatly and I began to think whether I should actually set up the Penny Revenge idea as a viable business. Can you imagine me pitching it on Dragons’ Den! It’d be worth having a go simply to see the sneer of disgust on each millionaire’s face and then get a unanimous “I’m out!” from the assembled characters.

At this point, I forced myself to put the brakes on and ask myself some hard questions. Was the idea actually practical or just a funny idea on paper? Would the parking ticket issuers accept a bag of pennies? Would the cost of sending heavy pennies double or triple the cost of the original fine? Quite simply, was this the worst business idea in history?

I eventually decided that this idea wasn’t viable as a business and yet it was worth bringing to a wider audience, if nothing else, to give them a laugh. So, I brought the idea to life in a web form as PennyRevenge.com – a website showcasing the basic concept and asking for people’s comments on it.

I think this idea deserves to breathe. Take a look at the website and let me know if you’re “in”.

Shed Simove is an author, comedian, corporate speaker and modern-day entrepreneurial genius. See more of his amazing adventures and products on www.ShedSimove.com and follow Shed on Facebook, Twitter and LinkedIn. 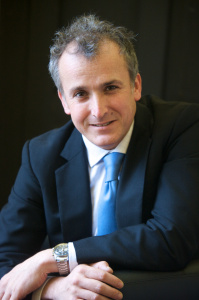 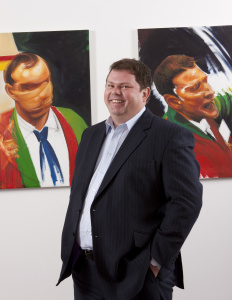