I co-hosted the launch with my fellow StartUp Britain founder Oli Barrett. What is clear from today is just how important 2012 is shaping up to be. The ambition is clear, the line in the sand is drawn. Downturn has gone thus far, but no further. It is time for the nation’s entrepreneurs to be unleashed as a sort of special forces to deliver recovery. There is a lot riding on their shoulders.

“Who dares wins” might well be the motto of the SAS but today it became the clarion cry of Britain’s economic fight-back strategy. At the heart of the campaign is a national advertising strategy using startup champions such as Ella’s Kitchen’s Paul Lindley. The purpose of the message is simple. If they can do it, so can we.

But it’s a lot more than enterprising stories. Today the Prime Minister made a commitment to free up government office space to create Silicon Valley garage-styled incubator space for young businesses to just pitch up and use.

It’s quite clear that for this government, entrepreneurs are change agents. Wherever they are good things can happen. More of them in Britain is a priority and the more people they interact with the better.

So, entrepreneurs and civil servants hanging out and swapping ideas around the water cooler in a newly purposed government owned office is no idle dream. The Prime Minister outlined it today as a specific commitment.

Of course, the message of this campaign is a challenging one. Is there a business inside everyone? It’s a good question and harks to the debate about whether entrepreneurs are born or made.

The cynic will say that this campaign sets up a lot of people for broken dreams and the Guardian was not quiet in making this point this morning. And from one vantage point the cynics are right. The amount of business deaths considerably outweighs the births and behind every success story are those that lost the lot.

But is that a good enough reason not to champion the dream of being your own boss? In the UK some 50 per cent of people dream of becoming an entrepreneur while only 5.8 per cent actually do it. Closing that ambition gap is an imperative that could transform the lives of people in every village, town and city in the land.

In turn, being your own boss is one of the most liberating things you can ever do. For all of the risks, the rewards are immeasurable. Therefore, just because the prize is difficult doesn’t mean that those with a good ideas shouldn’t be encouraged to go for them. They should and they were today.

I co-founded my business with Nick Giles two years ago this very month. According to the statistics, we should be afraid, very afraid. This is a challenging time for a startup. At the end of last year we worked on a research report, The Three Year Glitch, for the global accounting software firm Intuit. It showed that one in three businesses in the UK don’t make their third birthday.

But of course more firms could survive and thrive if they had support, opportunities and mentoring in place. It is this thinking that is a guiding principle behind the formation and operation of StartUp Britain, an organisation of which I am a co-founder.

It also has a birthday coming up in March and since its own birth some 160,000 people have engaged with it. It is also a lead partner in the delivery of the Business In Everyone campaign launched today.

There is no doubt in my mind that the importance of 2012 as a landmark year is an important one in the British business psyche. It very well could be the year that redefines everything. As they say the darkest hour is just before the dawn and it would be no surprise to me that if one day historians turn to these next few hundred days as pivotal in rebooting the prospects of a nation.

Central to that ambition is unleashing the potential of the entrepreneur – the change makers, the disruptors, the people who make things happen. That potential was in full view today in Leeds. It’s now up to those with that business idea inside them to go for it!

The five marketing mantras for entrepreneurs 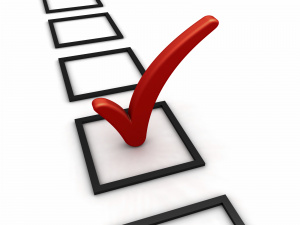 Diary of a Sharemark float: box ticking and regulation