In a previous article I mentioned how the FSA’s clumsy intervention in the crowdfunding market had got me thinking, and digging, into the roots of the mess we’re in – otherwise known as our economy. That’s a deeply depressing activity, unless you have an inveterately optimistic nature – or think you can see a chink of light on the horizon. I count myself fortunate in both respects.

The picture that’s emerged is grim indeed – but not entirely without hope.

So here’s a suggestion to get us out of the mess we’re in. Let’s create money – out of thin-air. Lots of it. Completely unlimited and unregulated. Let’s loan it to anyone who wants it, and who’ll pay the price in interest.

Bonkers, right? Who in their right mind would even consider doing any such thing?

Well, it came as news to me too, but it’s already being done. In fact it’s been going on for years, and it’s why we are in the state we’re in. What I’m describing is not QE (quantitative easing), in case you were wondering. It’s ordinary branch banking practice for the last four decades. This is what came home to roost in 2007, precipitating first the credit crunch, and now this long financial “nuclear winter”, with no end in sight.

You don’t need to take my word for it. I’ll explain. In fact, I’ll do better than that; I’m going to introduce you to a growing pool of mainstream, highly respected economists – some of whom even speak the kind of English non-economists like you and I can understand.

First though, let me explain one profoundly shocking fact that is provably true but most of the world’s economists either don’t know or completely ignore.

When you borrow money from a bank, we all know that it’s saver’s money that we are borrowing, right? Every pound borrowed is from a pound that’s been deposited.

It’s not savers money, and it’s not the bank’s own money either. It’s credit; or, to put it another way, it’s real money that you can spend, created right there, by the bank, and deposited into your account by just increasing the balance, changing a number on a ledger.

It’s real money that you can draw out as cash, pay your taxes or other bills with, that didn’t exist the moment before that loan or overdraft was granted. They’re allowed to do that. They have a piece of paper, issued by the Bank of England, that says they – a private, for profit, (make that as-much-profit-as-possible) business – can do just that: lend money they don’t have. It’s just called a “banking license”.

Now that can’t really be true, can it? If that were true it would undermine the whole system, surely? They have to go get that money from the Bank of England, or someplace else, to balance their books, right? Sorry. Wrong again. I’ll say it again: They’ve been licensed to create money as a loan to you – or strictly speaking, credit – and this has been virtually unrestricted since 1971.

They will charge you interest, of course. They also set the interest rate. So that’s real money, that you probably laboured hard in the real economy to earn, paying to rent out the money that they just created – out of thin-air.

Little wonder they’ve spent the last two or three decades thinking up new ways of getting us to borrow more and more. All those tempting credit cards, loans, mortgages…

And “undermine the whole system” is precisely what it has done. For the first few years this power to create money was used fairly responsibly – old habits died hard. It was probably sustainable. But then came the “greed is good” Thatcher era. “There’s no such thing as society”, remember? Expectation and habits changed. How can one have any responsibility to a society one does not believe exists? So it let rip. And in 2007 – as predicted – the bill arrived, together with the realisation that there’s no way to pay it. Which is why on 9th August 2007 banks stopped lending to each other and it all started to unravel; the credit crunch.

Who, I hear you ask, predicted it? Did they keep this quiet? Well, no, actually. A number of people did – with well reasoned arguments that pointed then to exactly what’s happened since. Professor Steve Keen for one, plus Ann Pettifor, noted economist and habitue of BBC Newsnight, who wrote two books about it, the first in 2003 and another in 2006. She’s one of the economists who are not afraid to talk about not just how and why this has happened, with real candour, but what it will take to sort it out.

To this day she, along with Positive Money’s Ben Dyson, BankToThe Future’s Simon Dixon, a slew of professors and many others are speaking and campaigning to bring attention to the fact that this is no longer a matter for bankers, economists or, especially, politicians – they’re too in thrall to the banks. It will only change when “the balance of political convenience” changes. Their message: It will only change when the entire system collapses or when enough of us make our voices heard demanding fundamental change. Restricting, moving or removing the licence to create money. We need a new deal.

So why, you may well ask, can’t I get a loan? Why can’t my business get the finance it needs to get off the ground?

There are two reasons for this. Firstly you, like most people around you, are unlikely to be a good credit risk from the bank’s viewpoint – for obvious reasons. As a result of all of the above, the economy is in shambles and there’s a vast quantity of debt. Confidence is low and lending is risky.

And anyway, since the banks still have the power to create money (as credit), and can do as they choose with it, they’ve found a more profitable way to make yet more money: speculation. That is trading with each other globally, taking risks on derivatives and other exotic financial deals and “products” that yield much bigger returns. From each other’s “created money”. Or to put it another way, conjouring tricks with money.

It get’s better: it’s also a one-way bet. When they win their bets they get to take home a nice fat bonus. If they lose; no problem. They’ll probably still get what would be, for almost anyone in the “real economy”, an eye-watering bonus. The bank will pick up the losses, until it no longer can, and then… You guessed it; they’ll need to be bailed out again. With money from the real economy.

We need a new deal. It’s time to review those banking licenses.

You’d think this couldn’t still be going on, wouldn’t you. But look around. The government are trying to change the rules, and failing. They’re being blocked. They’ve tried to force through ways of getting lending to SMEs – they’ve failed and given up to the extent they’re now planning a business bank. But it’s quickly ended up dependent on the existing ones.

Turkeys don’t vote for christmas – so I don’t suppose you can expect bankers (most of whom seem to be in denial or ignorant of all this, as far as I can tell) to do anything else but resist change that doesn’t suit them.

We’re holed and headed for another iceberg. What will it take to force the crew to change course? I’m afraid the answer is one of two things. An even bigger crisis – if that’s imaginable – through which we cannot struggle. Or enough people cotton on to what’s really happening and get riled enough to rattle the politicians sufficiently that this becomes more important for them than the pressure from the bankers.

This is not speculation. If you think it could hardly be worse, take a look at Iceland. Its economy was not just holed at the waterline – it was completely sunk. They are now in a stronger position than any state in Europe. After the initial huge jolt,  their economy has recovered and has been consistently growing at above two per cent since 2010.

They could join the Euro now if they wanted to – but why would they want to?

What did they do? They took the keys to their economy away from the banks, kicked out the IMF prophets of austerity, and threw their top bankers in gaol for fraud. They forced the banks to take at least partial responsibility for their reckless behavior. They forced them to write off much of the debt they’re been complicit in creating.

You can be very sure that their bankers, as ours, told them that they didn’t understand what they were doing. They needed their bankers and their (almost) magical skills to manage in today’s world. That disaster awaited.

So… apparently not. What are we going to do? Wait for the next iceberg? 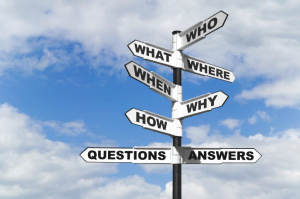 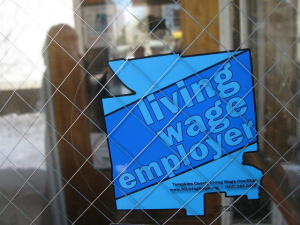