A senior Tory MP who has known her for decades told Tominey “ Her whole political life has really been about her, not her political ideas.

Everything in her political life has been dominated by one thought- being Prime Minister”. A colleague went onto say “She doesn’t have any ideas, so once she’s absorbed her brief she just doggedly decides that’s it.

The last cabinet secretary, Jeremy Heywood, was a smart guy because he realised this was the Civil Sevice’s chance to take back control…..

Theresa has never had the slightest interest in Europe. All the way up to the Referendum she said, no one cares, no one’s bothered. The only reason she backed Brexit was because Nick Timothy was her chief of staff and he was a Leaver.

Then Gavin Barwell took over, an arch Remainer,so she adopted his ideas. She adopts the ideas of others because she doesn’t have any of her own.”

What I really think about Theresa May

Long term readers of the City Grump will know that I shouted from the rooftops that this Empress has no clothes as early as June last year “The Maybot: Artificial yes, intelligent no”, and talking to friends and journalists I never lost an opportunity to declare how fantastically thick she actually is.

Mostly the reaction was “Oh it’s only Stephen going off on one again. Safe to ignore”.

Indeed the editor and deputy editor of the Financial Times got so fed up with my protestations that they demanded to be cut off from any further emails about such!

What is absolutely disgraceful and totally unforgiveable is most of her current Cabinet Ministers must have realised her idiocy a long time ago and yet chose to do nothing.

People finally speak up about her inadequacies

The only part of The Tory Party that did have the courage to speak out was the ERG who called a no-confidence vote. The spineless attitude of Jeremy Hunt, Sajid Javid (very sadly) and the rest of this crew must not be rewarded with one of them ascending to the Premiership.

Equally, there must be a wholesale clear out of the Civil Servants and Treasury ministers who have dictated policy to the Maybot for the last three devastating years.

The toxic combination of these awful people has allowed second -raters like Juncker and Verhofstadt, and first -raters like Barnier and Selmayr to run rings around us, and making us all look complete fools. The electorate knows that.

The question is do the Tory MPs? I think not. I believe the Tory Party as we have seen it become is finished. We are entering the age of coalition governments.

We want to vote for parliamentary representatives who individually have the intelligence and the integrity to articulate what they believe in. Thank goodness this stultifying political age is coming to an end. 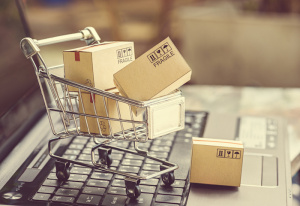 Does retail need an omni-edge to achieve success in 2019?