Steve Thompson of Forward Role has picked out some of the worst offenders, with a few tips on how you can deal with employees displaying such behaviour.

Arriving “fashionably late” might work for parties, but in the world of business, a delayed entrance will only frustrate everyone involved. Late arrivers are creatures of habit, and they chronically underestimate how long it will take them to get from A to B.

Do: Take a minute or two once the meeting has finished to privately ask your late arriver why they’re late. If their excuse isn’t legitimate, challenge them on improving their punctuality so it doesn’t impact others.

Don’t: Do a quick recap on their behalf. No one sits through recaps on Netflix, so don’t force others to do so either.

Research shows we touch our phones 2,617 times a day – phone checkers bring the whole average up. In meetings, they’ll meet the minimum eye-contact quota. Before you know it, they’re four articles deep into Buzzfeed taking a quiz on how many types of bread they can name.

Do: Politely ask them to put their phone away. If their habit is particularly extreme, you could implement a “no phones in meetings” policy.

Don’t: Confiscate the phone or complain about “kids these days”. That’s why no one liked Mr Wilson at school. If you’re reading this, Mr Wilson, I want my Nokia 3310 back.

Everyone loves a hard worker. The problem is that hands-on individuals often fail to see the value of “sitting and talking”, no matter the issue. If you find yourself talking over the pitter-patter of laptop keys while you’re trying to explain the scope of a new marketing campaign, you might have a multitasker in the room.

Do: Wait until after the meeting to ask them about their work. Do they have too much to do? Are the deadlines too tight? Help them figure out which meetings they can skip if they need to, but be clear that if they’re in a meeting, they need to be all in.

Don’t: Try to shut their laptop on their fingers while they’re still typing. Even if you do it hard, it won’t be enough to stop them jabbing out a strongly worded email to HR.

The sceptic or “Doubting Thomas” makes a regular appearance in boardroom brainstorms, with the aim of crushing ideas underfoot while failing to provide viable alternatives. Sceptics often discourage others from speaking up for fear of being made to look stupid, which means they need to be dealt with sooner rather than later.

Do: Ask that everyone bring a few ideas to the meeting in preparation. This will help ensure sceptics have to contribute something to the meeting and encourage them to suspend judgement.

Don’t: Put on a silly voice and mimic them whenever they criticise anything.

These employees talk more than they listen. They’ll dip between their own conversation and the wider one when it suits them, failing to realise there’s a meeting happening. They would probably bring along a few beers if it were socially acceptable to do so.

Do: Set the tone by going around the room and asking for the input of each person one by one. By having just one person speak at a time, conversationalists are more exposed and get policed by their peers.

Don’t: Ask them if they would like to run the meeting thinking that it’s a punishment. It’s not – they’ll probably take you up on it.

6. The font of all knowledge

They’ve done their research and they’re passionate about what’s being discussed. On the surface, the font of all knowledge is the person you want at every single meeting you have. The only problem? Fonts don’t see the need for letting others add anything, because they’ve already thought of everything.

Do: Thank them for their idea and direct a question at another participant in the meeting.

Interrupters aren’t malicious. They mostly simply lack the self-awareness needed to prevent from –

“What do you mean by that, exactly?”

… interrupting. Like that. They bring good ideas along with them and, unlike sceptics, tend to challenge ideas in order to improve them. But interruption breaks the flow of the conversation.

Do: Orchestrate the meeting so there are regular times in which questions about a thought or a proposal can be raised.

Don’t: Deliberately interrupt them when they’re speaking. They’ll probably just interrupt you back and then you have to shout over each other to save face and that’s just awkward.

Human statues subscribe to the Jurassic Park school of meeting etiquette: “Don’t move! They can’t see me if I don’t move.” Though they don’t do any harm, human statues are among the most dangerous characters to have in a meeting because they encourage passivity in others.

Do: Approach them before the meeting and let them know that you’ll be asking them for input in the discussion. That way, you dispel the “what if” factor.

Don’t: Inform them that T-rexes had good vision and that keeping still wouldn’t save them in a life-and-death scenario.

Fresh coriander, smoked paprika, melted cheese… These are smells that you’d love to catch a whiff of in a restaurant, but in the boardroom, it’s a little distracting. Nevertheless, gastronomists will bring along their gourmet lunch boxes and proceed to devour their meal while you try to explain why conversion rates are down for the third month in a row.

Do: Check their schedule. If they physically have no time in their day for lunch, you should work with them to clear their diaries of less important meetings to give them some “me time” to enjoy their tupperware-packed duck confit with rosemary and thyme.

Don’t: Try to one-up them with a pan-seared filet mignon and a nicely paired Chianti.

How companies are planning to retain EU workers post-Brexit 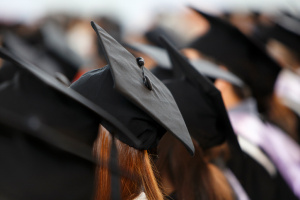