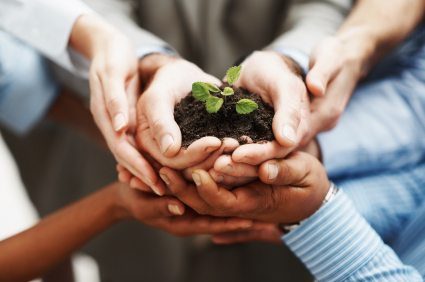 If you look close enough and listen hard enough you might just discover that things are starting to look up for the economy.

While a lot of people are nervous of mentioning the infamous “green shoots of recovery” line first uttered by Norman Lamont during the 1991 recession, I?m more than happy to be among the few to put his head above the parapet and say we can now look forward and get ready for growth. I was previously proven correct when I predicted there would be no triple-dip recession and I?m confident enough again to stick my neck out. In fact, the continual revision of the backward looking numbers that make up the GDP figures may have even put the double-dip recession in doubt. The MSCI world equity index is at its highest since the crisis began in 2008, and the FTSE 100 Index is close to its all-time high of 6,390 achieved in December 1999.  I?m no economist but what this indicates is a less risky trading environment. What does this mean for business? According to the CBI, it means that economic prospects are slowly improving and that business confidence is on the up because fears over a Eurozone blow up recede.  The CBI?s director general, John Cridland has joined the flag wavers for the economy saying the UK will go from flatlining into growth, when he unveiled the organisation’s quarterly growth forecast.  The CBI has predicted growth of 3.3 per cent in capital expenditure this year rising to 6.3 per cent in 2014, which shows that firms are increasingly looking to the future and invest in their businesses. Although a little less scientific than the CBI?s quarterly report, my business litmus test is also showing growing amounts of positivity. Talking to the “plumbers? network” and seeing what is happening in my own business ? continued growth and recruitment plans ? tells me that, at the front line, businesses are making things happen.  For the past few years, we have been playing a very tough game of poker. We?ve kept our cards close to our chests but not changed our strategy. Now, I am confident that we can start playing our hand, which will not be the gamble it could have been 12 or 18 months ago. Charlie Mullins is founder and CEO of Pimlico Plumbers.