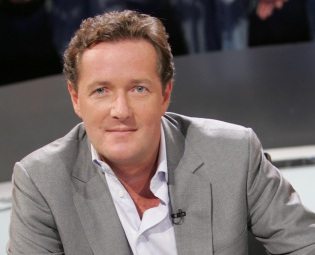 We’ve just stumbled across JWT’s fascinating forecast for the year ahead – 100 Things to Watch in 2011.

The US advertising giant has been pretty accurate with its predictions in the past. Last year, it named Foursquare, Coconut Water and mobile money as its top trends. In 2009, it spotlighted Lady Gaga and WikiLeaks. And for 2011? To save you reading the whole presentation, we’ve picked our top ten things to watch this year: 1. Beer sommeliers (ranked 10 by JWT): Forget wine buffs and connoisseurs. Beer experts (or “cicerones”) are the next big thing. 2. Brazil (13): It already has the world’s highest Twitter penetration (23 per cent). Expect this digital-savvy country to become an e-leader. 3. Decline of the cash-register (22): Old-fashioned tills are out. Mobile payment systems are in. 4. Digital downtime (25): People will take time out to “de-tech”. Alex Tew, the “pixel millionaire” who brought us the Million Dollar Home Page, is riding this trend with his new webpage Do Nothing for 2 Minutes, which challenges users to relax and listen to the sound of waves for 120 seconds. If you touch your mouse or keyboard in that time, you fail. According to TechCrunch, the website tallied 20,000 views in its first eight hours. 5. Digital etiquette (26): In other words, no texting during sex. 6. East London Tech City (29): David Cameron plans to transform the East End into a high-tech omphalos of scientific discovery and wealth creation, to rival California’s Silicon Valley. Google, Facebook and Cisco have already made noises about setting up offices there. 7. Gay-centric hotels (37): Martyn Hall and his civil partner Steven Preddy were famously refused a shared room at their hotel in Cornwall in September 2008. Despite the fact that hoteliers can no longer discriminate based on sexual orientation, expect a rise in gay-friendly hotels. G Worldwide, a New York-based hospitality group, is planning on opening four hotels catering to the LGBT community, for example. 8. Older workforce (64): The government recently announced that it will be phasing out the default retirement age between April 6, 2011 and October 1, 2011, with employment relations minister Edward Davey commenting that “retirement should be a matter of choice rather than compulsion – people deserve the freedom to work for as long as they want and are able to do so”. Seventy is the new 60. 9. QR codes (75): There will be more of these scannable, two-dimensional codes (which link to more related info) dotted on your groceries and your magazines. 10. Tablets for tots (87): That’s right, your kids will have bespoke iPads and touchscreen phones. At the end of last year, Isabella Products announced the launch of the “Fable”, the first fully interactive, portable tablet that enables children to read, draw, game and share over the mobile broadband network. [Note: Spot Britains’ Got Talent judge Piers Morgan in the list at 68. Morgan has just taken over Larry King’s prime-time slot on the US network CNN. His debut show was last week, featuring an interview with big-name guest Oprah Winfrey who, coincidentally, is 65th on the list.] Check out the full 100 Things to Watch in 2011 below.
JWT: 100 Things to Watch in 2011