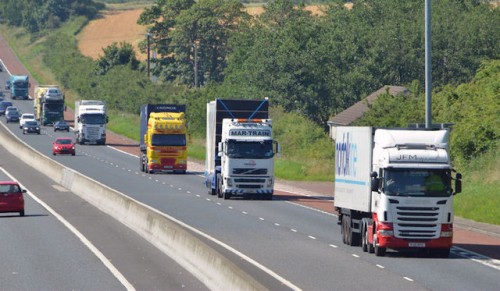 Share via
Importing stock from overseas is a lot more complex than picking up the phone, placing your order and waiting for the goods to arrive. However, it?s understandable why many would want to hop on board the bandwagon ? one of the biggest reasons being that it can be much cheaper than sourcing from manufacturers based in the UK. Indeed, it seems to be an increasing trend, with the ONS having recently revealing there were more small firms trading (292,900) in 2014 than medium (13,800) or large businesses (4,100). Its ?Annual Business Survey? even found that in January 2016, the value of UK trade imports was over ?31bn. This was explained by James Sinclair, of Trade Finance Global, who said: ?In today?s global economy, it is possible for SMEs to look further afield, due to the availability of local partners, technological advances, accessibility to transportation routes and, most importantly, new financing mechanisms that allow importing of goods not previously considered by SMEs.? He put together three tips to help bosses decide whether the allure of cheaper prices or better products from overseas is as attractive a proposition as it might appear to be at first glance.

(1) With currency depreciation set to continue, businesses must act now to mitigate risks

In a study by American Express FX International Payments, over one third of UK SME bosses trading internationally cited ?currency fluctuations? as their top concern when conducting business overseas. ?Given the relative strength of the pound versus currencies such as the euro and US dollar, importing products from abroad may be cheaper than building them in the UK,? Sinclair explained. ?This is also due to the raw cost of goods and labour availability in other countries.? In the past, many SME bosses chose to focus their attention on Europe, however, largely due to the Brexit debate being in full swing, firms are now looking far beyond the EU. This was highlighted by the ?Western Union Business Solutions International Trade Monitor,? which revealed that less than half of SMEs see Europe as a primary import market, compared to 78 per cent three years ago. Britain?s key importing areas have now been deemed as China, the US and Canada. Of course, being able to import from countries you previously weren?t able to does not come without its risks. ?Business leaders may not have the resources or networks in the regions they are looking to import from,? claimed Mark Januzewski, CEO of Designer Habitat. ?It is vital that this is developed in the early stages. The ability to spend time and money visiting overseas partners may also be limited.? Other challenges may include regulations and delays in production. ?As a relationship between the SME and a seller abroad could be relatively new, the seller may demand upfront payment, meaning the buyer or importer could be faced with a 30-180 day payment gap until they receive final payment from their end customers,? added Sinclair. Read on to find out how to foster a trusting relationship with your overseas supplier.