The biannual Ferratum SME Future Climate Indicator has revealed that 35% of UK small and medium businesses view the summertime as the bumper time of the year when it comes to building sales and revenues.

They also, shaking off concerns about the general uncertainty caused by Brexit, are feeling confident about investing in their business.

The Future Climate Indicator found that as many as 72% of SMEs said they would comfortably seek external funding to help grow their business. When they did so they were increasingly likely to look for alternative sources of funding rather than seek out traditional bank lending.

Of all businesses surveyed by Ferratum, over a third said they would seek external funding in the next six months, while 41% said they were unsure about doing so.

The Indicator also revealed that 41% of UK SME´s said they planned to invest more in their business than the previous year, this was markedly above other European nations such as the Netherlands and Denmark. However, almost a third of Swedish businesses, told the Indicator that they intended to invest less this summer than they did last year.

“We have seen positive signs in the market for some time and by conducting our own study we’re able to back up our own analysis of UK entrepreneurs who are the backbone of our economy at the moment. It seems that in the UK, the summer is a critical time for SMEs, with much time given to development and growth of their business. It’s great to see that UK SME owners are feeling optimistic about the future, with such a high percentage planning on investing more in the next year,” said Tony Gundersen, Ferratum’s UK Country Manager.

The self-employed aren’t daunted by Brexit impacting their finances 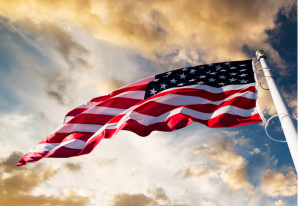 Across the pond: 3 hurdles to consider when you make the leap to America