The aforementioned extravagant travel took place on the French slopes. Luxury chalet operator Consensio, which means co-operative, had its name tested during ski season and revealed the most outrageous demands made by guests.

To give you a hint of what to expect, let’s just say there are dogs out there that are eating better than you and I.

Elsewhere, following prime minister David Cameron’s wild rant about journalists “setting each other’s hair on fire”, we took a look at the leaders who have had public meltdowns – now might be the time to book a holiday if you feel on the verge of a similar breakdown.

We also spoke with four brands and detailed their journeys to become household names, profiled the company producing “smarter tea” as part of our Microsoft Digital Champions campaign and more.

Revealing its most extravagant requests of the season, Consensio Chalets said guests have asked for everything imaginable – from steaks for their pets to private helicopters.

(2) The epic – and very public – explosive rants of business leaders

We dug up the top public meltdowns of some well-known business leaders – and it doesn’t get any better than prime minister David Cameron’s recent rant at reporters.

(3) Want to build a household name? These four brands reveal how it can be done

Having won awards, government funding and space on supermarket shelves, t plus founder James Dawson told us how the two-person team has achieved scale with the aid of digital services.

As the man who prevented the opposition from scoring during his years of service for various teams, Kenny Arthur now hopes to score a goal of his own with his KA Goalkeeping brand.

A study revealed the top ten dream careers UK adults had as children, and the five living Brits are considered the most inspirational individuals – hail J.K. Rowling.

(7) Union Hand-Roasted Coffee founder shows how to grow with integrity, and roast to perfection

Since opening in 2001, Jeremy Torz has garnered enthusiastic fans of his premium-quality beans, but consumers still struggle to differentiate between mass market beans and the good stuff.

(8) Absolute Barrister: Is it time to make “lawtech” a thing? This legal service thinks so

Absolute Barrister co-founder Simon Gittins has suggested it’s time for “lawtech” to become a thing – well, we’ve got fintech, adtech, edtech and foodtech, so why not?

(9) Dearth of UK companies in list of most reputable businesses

Do your staff fear you? If so, it’s likely because they’re stressed and their mental health has been impacted, so now they’re worried about telling you. It’s time to build trust. 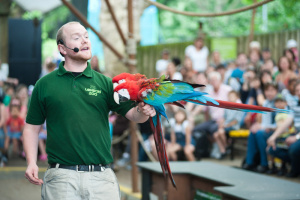 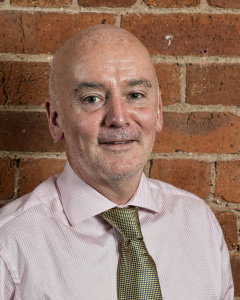 The PM in Panama – Why would you use a trust or offshore company?