It’s common to look around and see iPhones and Samsung devices in the clutches of mobile owners, but what if you want to stand out from the crowd?

Well, Sirin Labs has developed a smartphone that will appeal to those with a taste for the finer things in life – the Solarin device sold at its London boutique will be priced between $10,000-$15,000.

Elsewhere, with the UK’s businesses experiencing two bank holidays in one month, we took a look at public holidays of the strange variety, which can be found around the world.

Other features that captivated readers was details on why meetings are a waste of time – perhaps as an argument to the board on why they should be scrapped – and a breakdown of six candidates in the running to become London mayor.

Elsewhere on the gadget front, musician-cum-tech entrepreneur will.i.am unleashed his Dial smart band – a device that works without the need for a smartphone.

With the help of an investment amounting to $72m, Sirin Labs plans to change the mobile market with a new smartphone, the Solarin, which claims to “bring tomorrow’s technology to customers, today”.

(2) The bizarre public holidays that exist around the world

We looked at some of the more random public holidays celebrated, with the UK’s small businesses experiencing two bank holidays in May.

Passive investors to do better than funds handled by consultants charging high fees, according to Warren Buffett.

(4) Need proof that meetings are a waste of time? Here it is

With company meetings a popular tradition, 40 per cent of people have said half of them are unnecessary and a third of staff fall asleep during the sessions.

We wrote a round-up of six of the 12 most popular London mayor candidates to break down what businesses should expect to happen if they win, and exactly who they are.

(6) Dial smart band from will.i.am on the market – and it doesn’t need a phone to work

will.i.am has unleashed his Dial “smart band”. Ideal for on-the-go leaders, it works independently without the need for a mobile to be connected.

Even the football pitches of the Premier League can be an inspiration for entrepreneurs, as proven by Leicester City’s big win.

Wild Knight English Vodka, created by a husband and wife duo, has become part of our 30 Digital Champions campaign with Microsoft, so let’s raise a glass.

(9) Giving up a six-figure income to start from scratch

Leon Emirali was appointed to the executive board of a top 120 PR agency, aged 24, and had a six-figure income. Why did he give it up under a year later?

From the taboo period market to a British novelist, the 2016 First Women Awards reveals 74 remarkable finalists tearing down conventions and reshaping UK business. 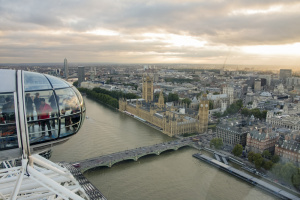 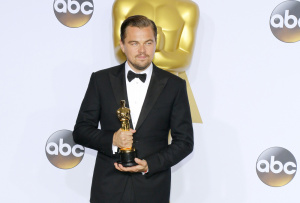