The SME Council concept is not new – the first arrived around three years ago. However, the arrival of a UK SME Council is a first.

It shouldn’t come as a surprise that Facebook wants to capitalise on the businesses leveraging its services. After all, the company announced in April that five million businesses now advertise with it, so it’s understandable the social network is eyeing its next milestone.

Indeed, the UK SME Council launch comes following Facebook’s research with the OECD and World Bank, which revealed that 52 per cent of British companies learn from each other and feel more confident on the back of those lessons.

Sewell continued: “We’ll let them experience Facebook product releases, but listen to the businesses and product feedback they may have. Our Slideshow [advertising] product came from feedback from an SME council we had in India.”

Building on the UK SME Council and existing ones, he added: “We’ve been thinking about the UK for a little while now. We held one in EMEA a few years ago and it included a lot of UK and Irish companies.

“But the UK SME Council is now our third in EMEA, following on from Germany and Italy. We’re launching in other EMEA markets as well. There are already SME Councils in India and North America – the first launched around three years ago.”

The first UK SME Council is being held today (Tuesday 9 May) and Real Business spoke to Sewell during a break. Council hearings are set to be held at least twice a year, and will last a full day, with today’s running from 8.30am until 4.30pm.

“The sessions we’re doing right now include the product roadmap and product feedback, as well as SMEs sharing challenges,” said Sewell. “We want to encourage participation, not presentations all day.

“We’ll offer tips on best practice, have practical element sessions around the workplace, but break into real workshops with Facebook account managers for a deep dive into formats. To encourage participation, we want businesses sharing stories and plan to foster that.”

While Sewell will take charge of running the UK SME Council, he will bring executives from the product and creative teams to listen and share with SMEs that have a seat at the table.

But who are the firms that have direct access to the social network’s inner sanctum?

Sharing economy business BorrowMyDoggy has a following of 180,000 on Facebook, which helped to secure its place on the UK SME Council, while it’s joined by online flower delivery business Bloom & Wild – a company that sealed a £3.75m investment in February.

There is a broader variety of companies on the panel though, not just those with large followings and capital behind them.

Fitness community This Mum Runs is also part of the council, launched by Bristol-based mother Mel Bound, who was so unimpressed with running groups in her area that she started her own. A recent advertising spend with Facebook resulted in a tenfold ROI.

Elsewhere, Mark’s Mobile Butchers has been running for under six months, but has already scaled to two vans and ten staff.

“We wanted a wide range of SMEs from local businesses such as butchers, all through to exporting retail high street brands, then startups like toucanBox,” said Sewell.

“We looked at different areas to ensure fair representation across UK, covering a range of cities and counties. And those on the UK SME Council are in different phases of business too.”

On how discussions from the UK SME Council will be translated, Sewell added: “On challenges for SMEs, one of the big things is they don’t have time. So, it’s a matter of how we can make products as easy as possible, and doing it right to get ROI.”

He noted that by listening to companies in the past, Facebook has been able to develop products such as a mobile ads manager, allowing SME owners to create marketing material on the go.

“We’ll collate all feedback and that will be fed back to product teams. In our Future of Business survey, UK businesses said they learn from each other, so we set the UK SME Council up to help,” continued Sewell.

“We hope that does happen – we see businesses building all the time, so we hope these businesses will be working with us moving forward, effectively helping communities.” 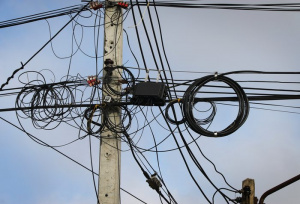 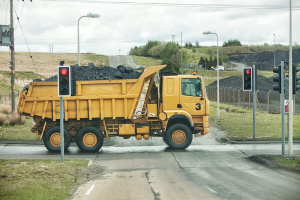 Winners and losers: A sector analysis of the businesses affected by Brexit and the weaker pound