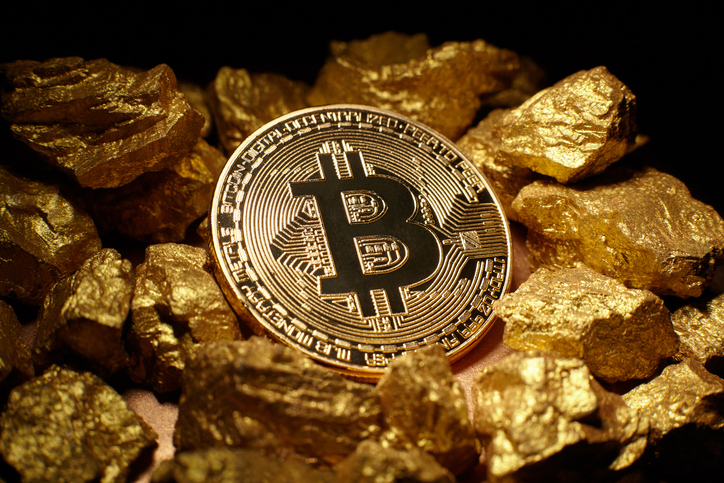 While some business owners are raising tens of millions of pounds to decentralise or dominate their sector via newfangled ICOs (Initial Coin Offerings), a holy war has broken out between those who tell us that either blockchain, Bitcoin – or other cryptocurrencies – are going to change the world… tomorrow.

Blockchain projects are getting funded like nothing we’ve ever seen before, on average over $10m each and sometimes over $200m. Overall funding went beyond $6bn in 2017, with $3bn of that achieved in the last quarter.

This was not by VCs, but by their very own new variant of crowdfunding known as the ICO. Each of the 1,500 or so projects so far seeking to either “change the world” or at least displace an existing business or service.

Some say these ICOs are not only “here to stay” but will transform the way we transact and do businesses with cryptocurrencies, “tokens” (their new cousins) and blockchains. Others often, it seems, yearn for business-as-usual. That they’ll disappear in a year or two – along with most of the ventures they funded – and the funding.

Other aficionados will tell you how deeply disruptive these things are, and that it is so much so that the normal thinking around companies currencies and commodities will mislead you, because the physics, the deeper rules, have changed.

They won’t, however, explain in intelligible language what has changed and why. And crucially how to navigate these new waters. That is what this fortnightly Real Business column allied to my new weekly ICOrad.io blog is dedicated to.

What is really going on under our noses?

There is something near a consensus that the blockchain technology behind Bitcoin and all the rest is a revolutionary advance with profound implications (“a foundational technology” in the words of Harvard Business Review). But attempts to explain why – or even what it is – seem to cover a lot of ground without getting very far.

As an SME decision maker, what do I need to know about?

Something is happening that we can no longer ignore

With large numbers of potentially disruptive businesses being funded in the tens or hundreds of millions, something is happening that we can no longer ignore – especially as they enter our own space – offering services which could lower costs or significantly aid expansion.

The geeks who helped create it and their acolytes delight in the rigour of the mathematics that deliver a whole new and previously undreamed of level of security – and in the idea that it can compete with, and abolish banks, and disintermediate away other institutions.

While just about every bank on the planet now has a “blockchain lab” (or a blockchain incubator), governments around the world are unsurprisingly in disarray.

As far as blockchain is concerned, there is agreement that it is a powerful innovation and should be adopted and used – but how?

In the UK, the Land Registry is arguably a world leader – with many others exploring this “use case”. But it seems to be making snail-slow progress compared to blockchain services being funded by the new ICOs.

While blockchain is being embraced, with Bitcoin and other cryptocurrencies the picture is very different with deeply held, and often hotly expressed, opinions broadly in the same opposing camps as for the last internet revolution: the World Wide Web, which involved a similar reaction.

What happens when a paradigm shifts?

On the one side are those, such as JP Morgan’s chairman Jamie Dimon and Berkshire Hathaway’s Warren Buffett, who’ve predicted chaos and ruin.

On the other are a much wider range of experts from almost every field – and especially those who could be expected to understand tech, innovation and what happens when a paradigm shifts – perhaps most notably Bill Gates. He famously almost missed the internet wave, waking up just in time to realign Microsoft back in 1995, who’s quoted as saying: “Bitcoin is better than currency.”

Barry E James is founder of ICOrad.io and author of New Routes to Funding and will be answering the most pressing cryptocurrencies questions arising from this revolutionary technology for Real Business readers via his Blockchain Bytes column.

We want your questions – Just ask

Many people are perplexed and puzzled by the blockchain and all its works. If you’re among them – or if you just need to know what the impact will be for you, your business or sector, click here and we’ll be answering your questions here in this column every fortnight.