Ahead of the pack is Deborah Meaden who backed GripIt Fixings, a plasterboard fixing product, after founder Jordan Daykin became the youngest recipient of investment on Dragons’ Den in 2014. The company successfully funded after going live last Monday to the tune of £2m, exceeding its original target of £1.5m and attracting 639 investors.

GripIt, whose founder invented the product at the age of just 13, launched in 2012 and is now stocked in over 3,000 stores across the UK with plans to expand into the US and Australia.

Likewise, entrepreneur Sarah Willingham, who is a board member of the London Cocktail Club, found crowdfunding success and now counts Michelin-starred chef Raymond Blanc among its investors. The company has raised £121,930 from 68 investors on its target of £750,000.

Meanwhile, Piers Linney has invested in Dirt Factory, the UK’s first indoor bike park based in Manchester. Catering for mountain bikes and BMXs, the company plans to create indoor trails to attract the growing community of cyclists in the UK, and plans to open two more indoor parks in Britain and Europe. Currently overfunding by 145 per cent, Dirt Factory has already raised £436,350 from 543 investors with one day still left to go.

According to co-founder Luke Lang, the UK may be seeing it’s first crowdfunding “Dragon-off”.

It’s an interesting concept given that Crowdcube had been created with the show in mind.

Lang said: “The idea for Crowdcube was sparked by the frustration of watching Dragons’ Den and seeing great business ideas fall by the wayside if the Dragons didn’t buy into the pitch. So Darren Westlake and I launched Crowdcube, which enables businesses to pitch an idea to a wider audience, with everyone in the crowd having the potential to be an ‘armchair Dragon’ and invest anything from £10 to over £100,000.”

Of the Dragons’ crowdfunding endeavour, he said: “Now we have three Dragons are backing businesses looking for funding, which is quite exciting.”

Arguably, Dragons’ Den is all about pitching. Each pitch can take as long as necessary to seal a deal, or as quickly as possible for the Dragons to say “I’m out”. But wouldn’t it help if you knew which dragon you had the most chances of impressing? Merchant Money tried to answer that question. 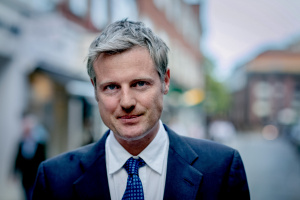 Six inspiring British women who have carved out a business niche