Ten different technologies that will change the world and the way people do business were predicted by a recent report published by analysts at Citi Group Investment bank. A number of the technologies listed have been around for a while but are set to become more affordable and accessible. Other technologies mentioned are brand new.

Here’s a closer look at some of the technologies that made the list:

E-cigarettes are battery-powered devices which heat a nicotine e-liquid inside the device until it becomes a vapour. The water-based vapour can then be inhaled and exhaled in a similar way to smoking a traditional tobacco cigarette.

Electronic cigarettes are not affected by the UK smoking ban and do not contain any tobacco. They provide users with a nicotine hit and can be legally used almost anywhere. The e-liquid solution is available in a range of different flavours and nicotine strengths.

Citi Group estimated that the e-cigarette market could see an annual growth of up to 50 per cent over the next couple of years. The number of people using them in the UK is predicted to reach over 1m by the end of 2013. The UK smoking ban means that if employees wish to smoke during office hours they have to leave the office or building and go to a designated smoking shelter. E-cigarettes have the potential to change the workplace for smokers. If employees who wish to use an e-cigarette during office hours can do so in the office, it could save businesses time and money – time that employees would have spent away from the office outside taking a smoking break and money in loss of productivity.

3-D printing is a technology predicted to become cheaper and more accessible. Improvements in the software and technology mean that they could soon be available to a much wider customer base. 3-D printing uses a model which is programmed into the software, the printer then produces the shapes programmed and repeats the shapes until they are layered on top of each other to produce a 3-D model.

The 3-D printing market is set for huge growth and the report suggested that in the future 50 per cent of jet engine parts could be manufactured using 3-D printers. If the price of 3-D printers continues to fall we may see more and more offices installing them to manufacture prototypes and products direct from the office.

The way in which we view TV and films has undergone huge changes in the past few years. More of us are streaming entertainment direct to our TVs or computers. Companies such as Netflix have seen massive growth. Since 2010, TV ratings have steadily declined while Netflix subscriptions over the same period have increased by nearly 70 per cent.

With faster internet and cheaper mobile devices, more people have access to web video content than ever before. With Netflix, Amazon and Google all starting to produce their own films and TV shows just for the web and subscription service, is this the future of TV? Streaming video content provides new advertising opportunities for businesses and the chance to get creative with content. 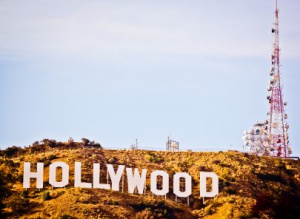 Are apps the new Hollywood scripts? 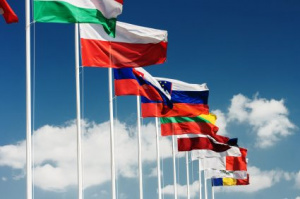 The race for growth: International entrepreneurs